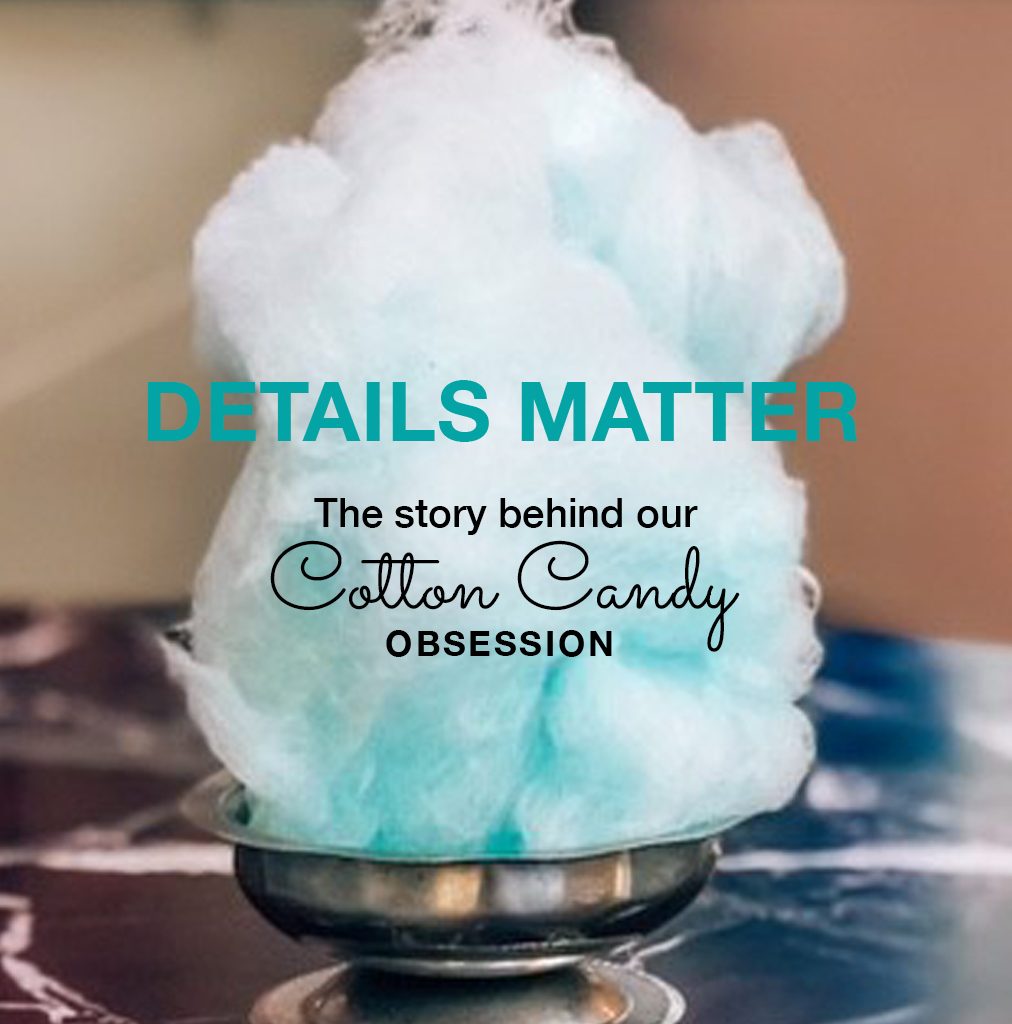 Welcome to our newest blog series, #detailsmatter, where we answer the most curious questions we receive from guests.  As a brand who focuses on the small details to make the overall experience memorable, there are lots of little stories that shed light on why we do the things we do.  And first up…

“Why do you serve cotton candy at the end of the meal at your restaurants?”

Think back to your last meal at a 21c restaurant…..you’ve just finished enjoying every last morsel and as your server approaches with the check, he’s got something else in his hand….a serving dish FILLED with cotton candy.  “WHAT is going on?” you may ask yourself. Well, as with everything, we’ve got a story for that!  And it all ties back to our co-founder Steve Wilson.

A memory that sticks with Steve from his younger years is the circus coming to town.  Steve grew up in a small town in far Western Kentucky along the Mississippi River called Wickliffe He distinctly remembers the year the one striped tent was erected on the high school baseball field. Certainly not the large three ringed circus many others may remember, but the elephants, the handsome people in beautiful costumes…they were all there.  When Steve sat through the show he got a glimpse into a fantasy world he didn’t know existed. A departure from reality.  Oftentimes, after his trip to the circus, when he was sad or frustrated, he would daydream about running away to the circus. In fact, he’ll tell you he used to pull the sheets of his bed over his head, prop them up in the middle and pretend to be the ringmaster in his own crazy circus tent!  In his eyes, the circus was where everything was beautiful, and no one would cry.

Fast forward many years later, Steve met Laura Lee Brown at a dinner party in Louisville.  He was immediately smitten and wanted to impress her.  SO naturally one of his first dates was a trip to the circus at the KY Expo Center.  Whether she was impressed or not, it seems to have worked J

Years later, as Steve and Laura Lee were working on the development of 21c Louisville, they took a trip to Mexico City.  At the end of one particularly memorable dinner, the server ended the meal with pink cotton candy served on a green grass plate.  It was sticky, messy, and immediately brought back memories from Steve’s childhood.  It was a feel good memory he wanted to last.

Steve often says 21c makes him actually FEEL like the ringmaster in his own circus, so as the restaurant plans were getting finalized, he wanted to incorporate cotton candy as an homage to that feeling.  As we opened up each new restaurant, the cotton candy continued, each time with a color and flavor to match the color of the hotel’s resident penguins.  Eight operating restaurants later, the hope is that each and every diner ends their meal a little sticky, a little messy, and feeling nostalgic about good childhood memories.