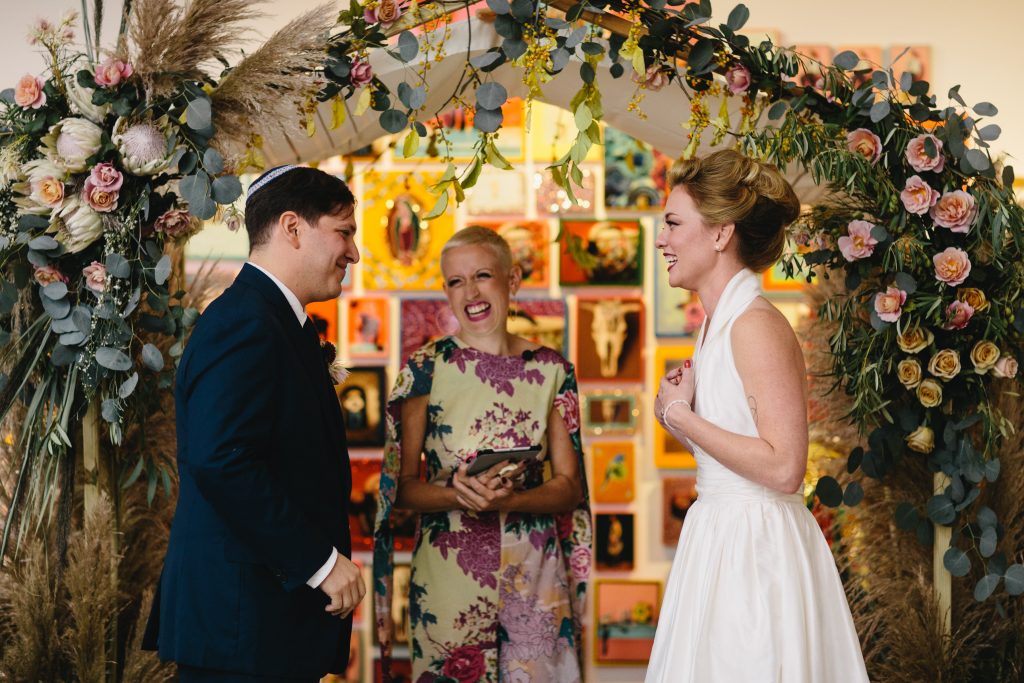 We sat down with Taylor Mauch to discuss her dreamy October wedding at 21c Lousiville.

TM: I was traveling for a few months and I decided to visit a close friend in Chicago. She invited me as her plus-one to an event and introduced me to Tal, who she used to work with. 3 months later, I drove all of my belongings from New York to Chicago so we could be together! That was 4 and a half years ago, and the same friend officiated our wedding. 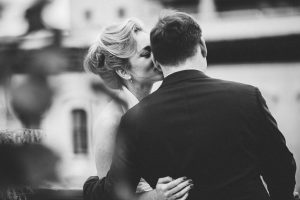 21c: What were you looking for in a venue? How did you know you found the one?

TM: We were looking for three things:  accommodate our larger-than-ideal guest count, be within budget, and be non-denominational. Originally I wasn’t looking in Louisville at all, and I was dead-set that the venue must be outside. But when we thought about 21c and what it means to us, and how wonderful they were to work with, it just came together. It’s funny how many things around a wedding end up not being at all what you expected, and yet so much better! The most important aspect of 21c was that it felt like a reflection of both of us, not just me as the bride. 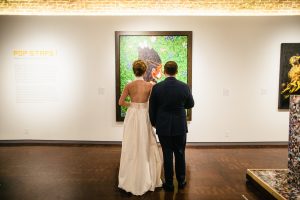 21c: What are people still talking about from your wedding?

TM: Just how much fun it was, which is all we ultimately cared about. 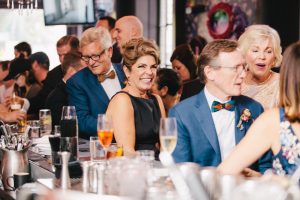 21c: How many penguins are featured in your wedding album?

TM: I think, maybe, only 3. There is, however, a very prominent photo of the two mothers with Justin Bieber in the penthouse suite. 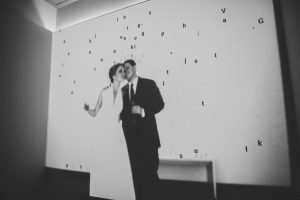 21c: How did your wedding reflect who you are as a couple?

TM: I am from Louisville and Tal is from Chicago, which is where we live. I work as a florist and an artist, and Tal is the culture editor and writer for Chicago Reader. So having the wedding in my hometown, but in a space that reflects who we are now, as well as our ideals and beliefs, became very symbolic. We have always loved 21c and very much appreciate what you strive to bring to smaller cities.

We also really pooled together the talent of our friends- they contributed so much to our wedding that every detail felt special. 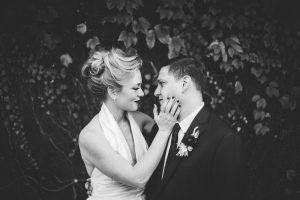 21c: If you channel some magic penguin-godmother magic and relive your favorite moment from your wedding day, what would it be?

TM: Saying my vows and hearing Tal’s vows. Even though we had strongly considered a much smaller wedding, (and even though I was terrified to speak in front of so many people!) to be able to share those words in front of so many friends and family was incredible and made me feel more fortunate than I thought possible.

Tal: When we first saw each other (during the first look). 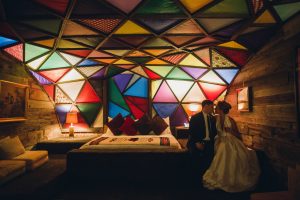 21c: Who had more fun getting ready– the bridesmaids or the groomsmen? (You can agree to disagree!)

TM: We didn’t have bridesmaids or groomsmen, but I would be hard-pressed to believe that Tal and more fun getting ready than I did. My mom, sister, and I had a blast! 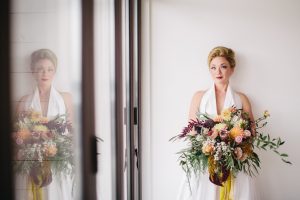 21c: What song got the most people on the dance floor?

TM: “Love Train”- our friend who officiated got a soul line going- that definitely had the most people on the dance floor! 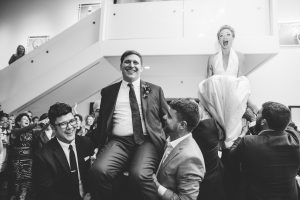 21c: Do you have any tips for brides-to-be to make their day as stress-free as possible?

TM: Hire Weekend Wedding Warrior– they were incredible and a huge reason I didn’t stress at all day-of. And though easier said than done, just decide that you aren’t going to be the one to worry about anything- if there’s a problem, let someone else take care of it and delegate. Hopefully, you are having so much fun that if there is a problem, you won’t even know about it and it won’t matter. 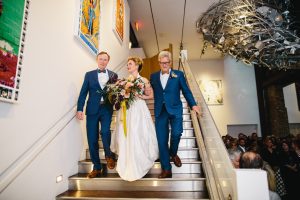 All photos courtesy of the bride and Kriech-Higdon Photography.