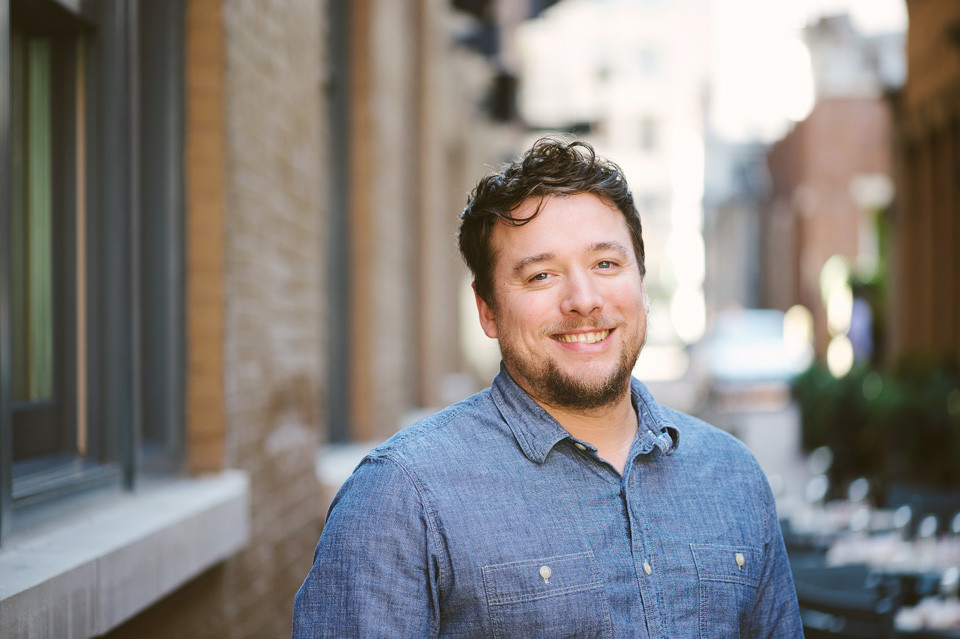 PRESS RELEASE – 21c Museum Hotels, the award-winning Louisville-based boutique hotel and restaurant group, is pleased to announce both the official name and the Executive Chef of its forthcoming Durham, NC restaurant.  Counting House will be helmed by Executive Chef Josh Munchel and will showcase his commitment to local, high-quality ingredients, celebrate North Carolina’s rich heritage of fresh seafood, and feature a variety of rotisserie cooking and roasting techniques. Munchel comes to Counting House from another 21c Museum Hotels restaurant, Metropole in Cincinnati, OH.  His announcement as Executive Chef reinforces the company’s commitment to developing talent and promoting growth from within its properties and restaurants.

Counting House and 21c will be located in downtown Durham’s historic Hill Building.  The restaurant’s name references the building’s long history as a bank. Munchel’s menu at Counting House will highlight locally available ingredients with a fresh, light-handed approach to seasonal ingredients and the regional cuisine of North Carolina. Born and raised in Cincinnati, Munchel attended culinary school in nearby Louisville before returning to his hometown to practice his thoughtful approach to ingredients and love of fragrant spices and bold flavors in kitchens throughout Cincinnati.  Munchel has been at Metropole since the restaurant’s opening in 2012, helping it earn accolades including a place on Bon Appetit’s list of Best New Restaurants 2013 and being named Cincinnati magazine’s Best New Restaurant 2013.  “I am beyond excited to open Counting House in Durham,” says Munchel. “The community’s close-knit food culture seems extremely collaborative. I can’t wait to jump in and get involved.”

Counting House will occupy a space once part of the Ellis Stone department store on the corner of Corcoran and Main streets.  The design aims to fully engage diners by bringing the constant buzz of activity in its open kitchen into full view, offering a front-row seat for curious and culinary-minded guests. The open kitchen will feature a large grill and spit roaster highlighting the restaurant’s focus on slow-roasted flavor. The restaurant will have a private dining room displaying a glass-front wine cabinet. The interior also features graduated ceiling heights starting with soaring heights of 23 feet and gradually lowering toward the heart of the dining room, enhancing the space’s intimate character.

About 21c Museum Hotels
21c Museum Hotels was founded by contemporary art collectors and preservationists Laura Lee Brown and Steve Wilson.  The couple opened the first 21c Museum Hotel in 2006 in Louisville, KY, rehabilitating a series of 19th century warehouses along downtown’s West Main Street. Much more than just a place to spend the night, 21c is an inventive union of genuine hospitality, thoughtful design, and culinary creativity — all anchored by a contemporary art museum with thought-provoking exhibitions and cultural programming.

21c currently operates hotels in Louisville, KY; Cincinnati, OH and Bentonville, AR.  A hotel is under construction in Durham, NC (opening first quarter of 2015) and projects are under development in Lexington, KY; Oklahoma City, OK, Kansas City, MO and Nashville, TN.  The company is equally focused on creating unique, chef driven restaurants that are as much a part of the community as the hotel.  Currently, 21c operates a diverse roster of restaurants including Proof on Main, located in 21c Louisville; Metropole, located in 21c Cincinnati; The Hive, located in 21c Bentonville and Garage Bar in Louisville, KY.