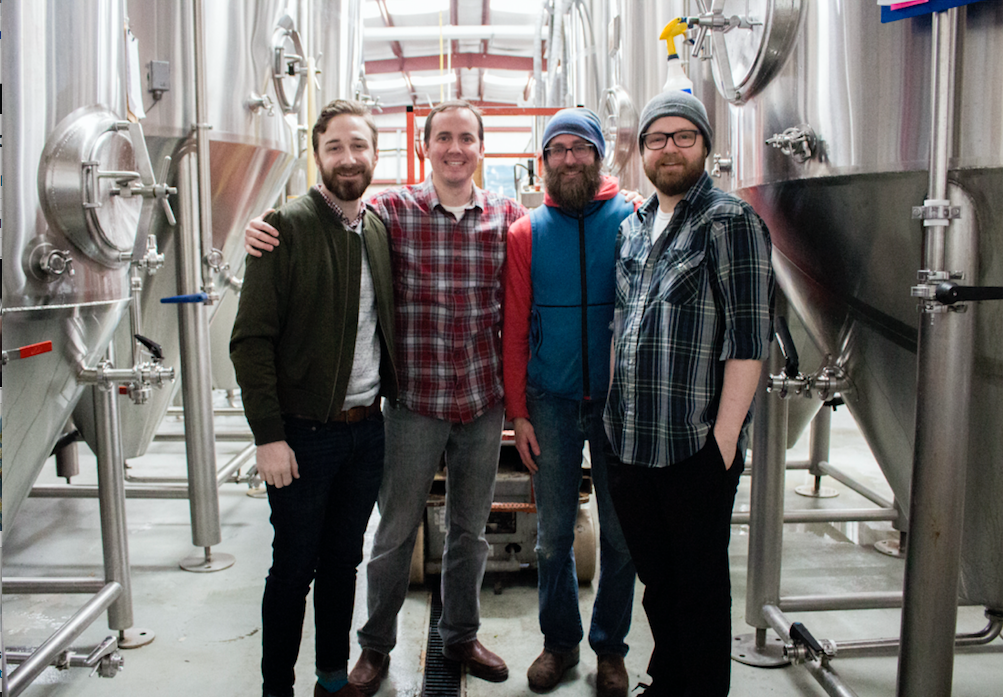 Ozark Beer Company, located just down the road in Rogers, Arkansas, describes their approach to brewing as “hard work—honest beer”, a sentiment that you can taste in their product. When the opportunity to collaborate on a unique brew for The Hive came about, Chef Matthew McClure and his team jumped at the chance to work with the folks at Ozark. We had the chance to sit down with Chef & Andy Coates, owner and brewer of Ozark, to discuss the fruits of their labor, Colony, a pale lager that is crisp, clean, and best of all, crushable. 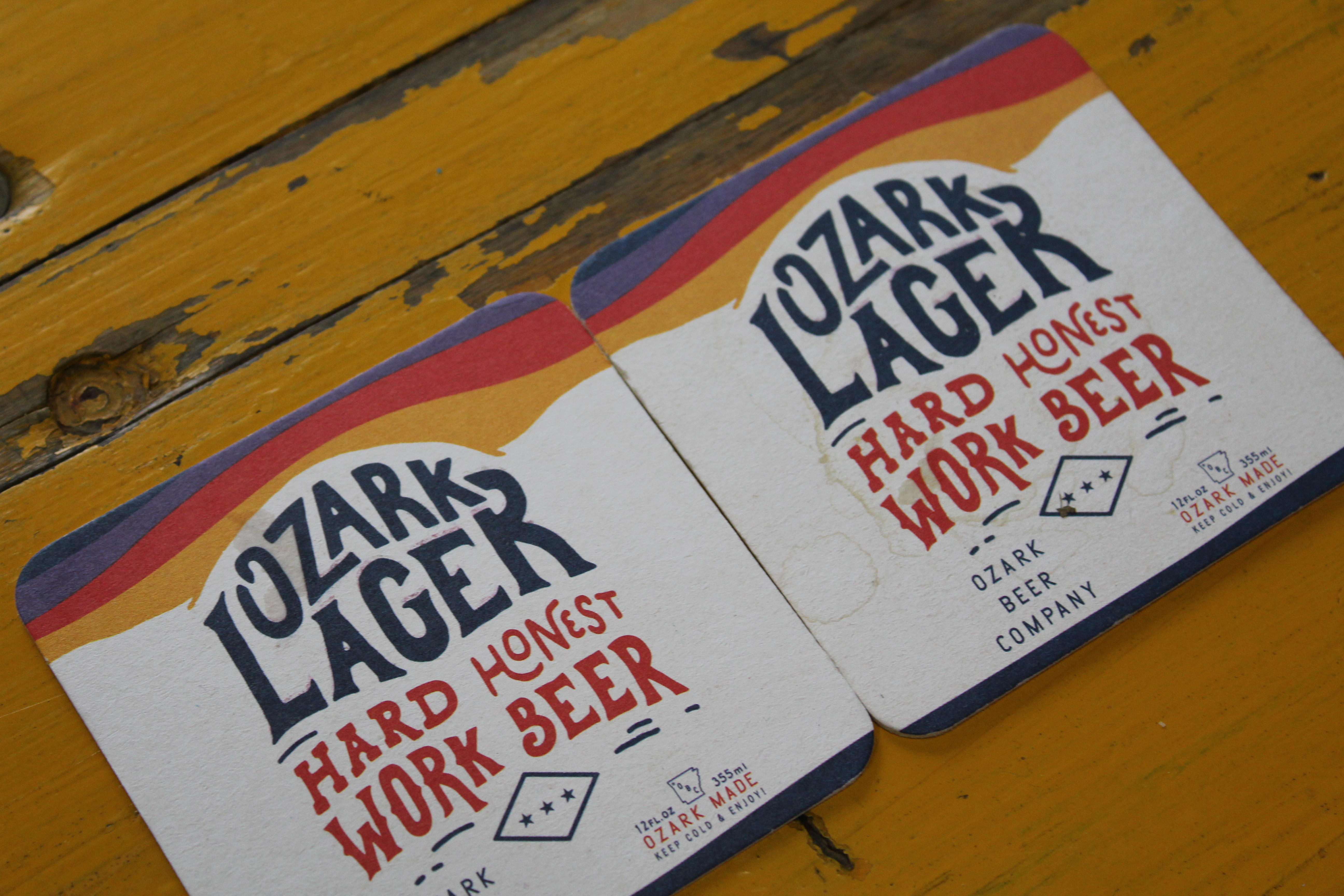 21c: The beautiful thing about Colony is that it was really born out of you both loving to work together. Is this something you’ve been talking about for a long time?

AC: We’ve always talked in passing about making a beer or even just getting together to have a beer, but for the past few years, our packed schedules mirrored each other too closely. Matt and The Hive have been big supporters of ours since we started producing beer, so it’s always been on my mind. That being said, when the opportunity presented itself, it was an obvious and exciting choice for us. At Ozark, we try to hold ourselves to the highest possible standard for our product, just like Matt and his team at the Hive. It’s nice to be around people who take their craft seriously, but without ego.

MM: I have been a big fan of Andy Coates and Ozark Beer Company for years. When I first met Andy and tasted his beer, it was obvious that he had something special to bring to the local beer scene. I could immediately appreciate the way he approaches his craft with respect for the ingredients and knowledge learned at some of the best breweries in the country. He is part of a lineage of great brewers in America. This made him the only person that I was eager to collaborate with. 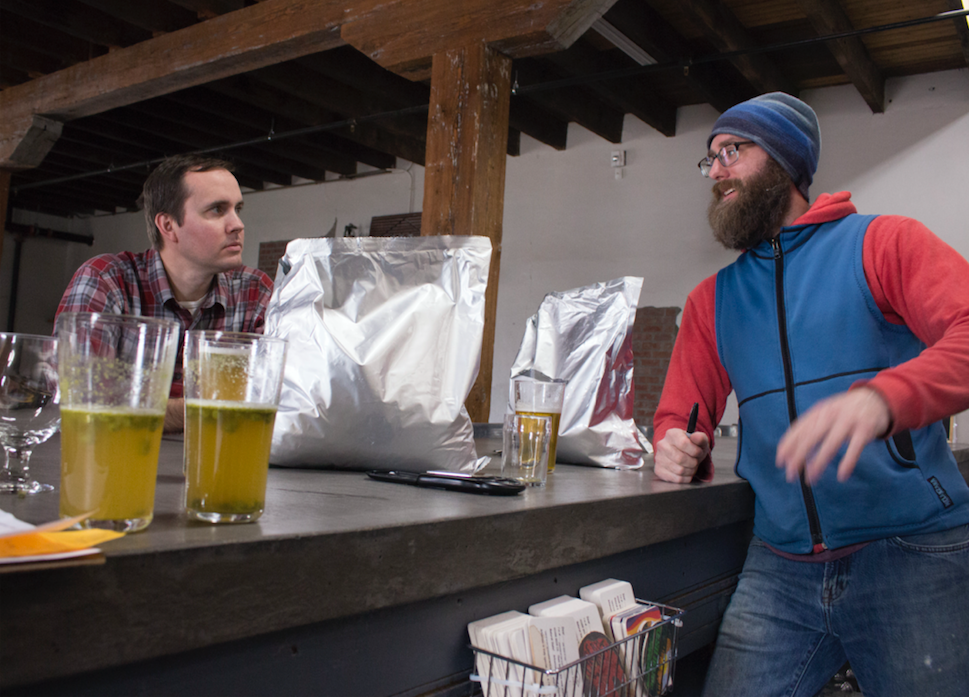 21c: The collaboration between you really exemplifies the spirit of Northwest Arkansas. What do you love about working & living here?

AC: It feels a bit like we all discovered a secret just before everyone else. When my partner Lacie and I moved here, there were just three breweries in the entire state, and Benton County was dry. Now, so many things have changed, but the speed at which the change occurred feels anomalous. It’s an exciting time in the area and that has attracted a lot of people from diverse backgrounds and experiences. While many towns and cities are seeing population declines, we are living somewhere that’s quite the opposite; it sounds so cliché, but it’s an exciting time to be here. It’s nice to find people for whom “good enough” isn’t good enough. There’s a hard-working attitude everywhere here, that is frankly exemplified by both Ozark and The Hive. We are both proud of what we do, and most of that comes from finding talented people that bring something to the table. It’s wonderful to live somewhere that other people visit for fun, and even if I don’t ride as often as I’d like, having world-class mountain bike trails a few blocks away is always a nice reminder of what a great place this is to call home.

MM: I am fortunate to be able to live and work with some very talented, passionate people. Knowing that Andy takes brewing as seriously as I take cooking made for a perfect pairing. There is an undeniable energy in Northwest Arkansas about the food scene. This includes breweries too and it dramatically improves the overall quality of life here. 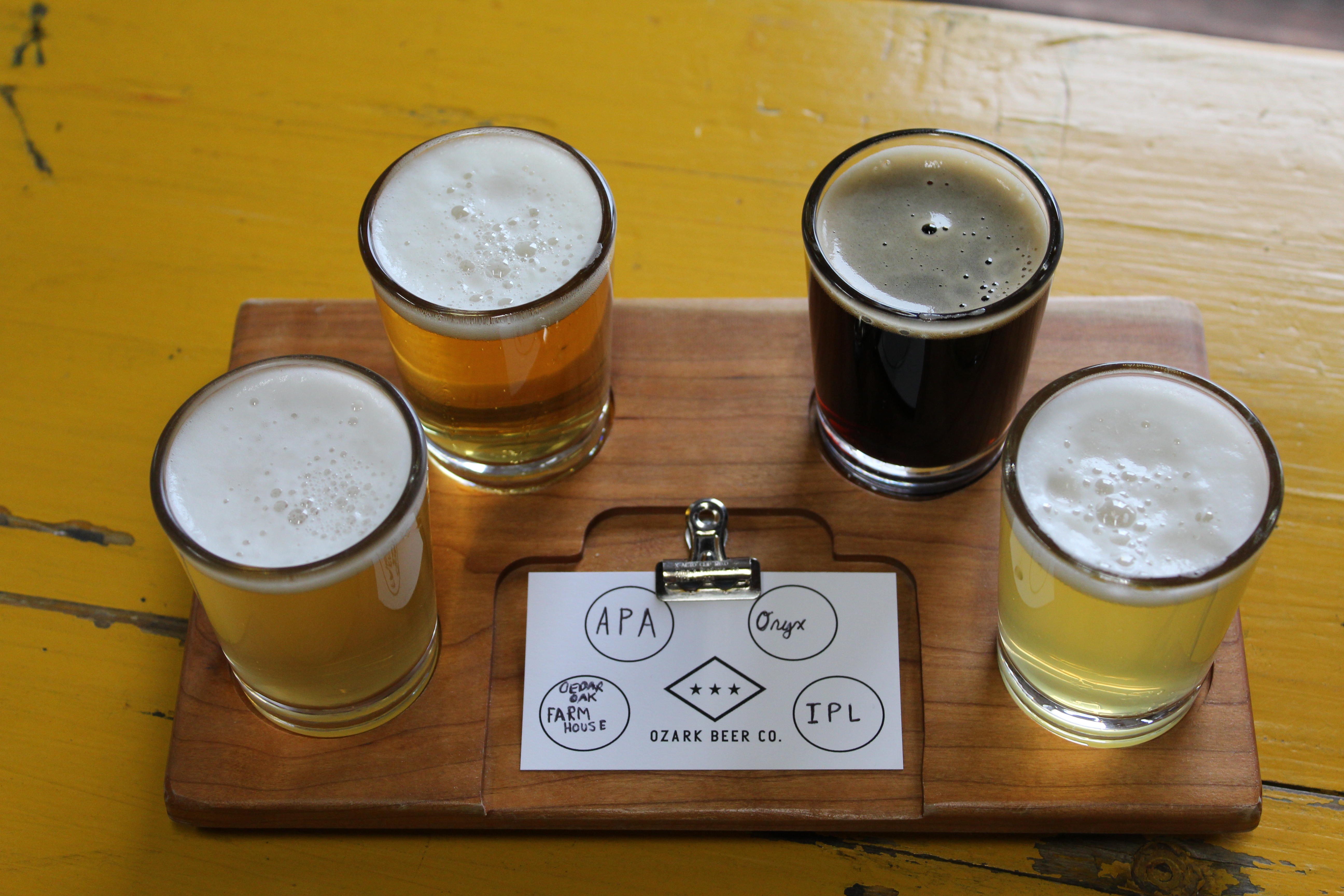 21c: What did you set out to create with Colony?

AC: Our first conversation was a beer that is ‘craft’ enough to please more refined consumers, but not to forget that sometimes, people just want a delicious beer after work, a ride, or a long day—there are many people that just want a “beer.” People can take themselves too seriously, and forget that a beer is usually enjoyed best with a great meal, or with great company. Colony was designed to complement rather than dominate. 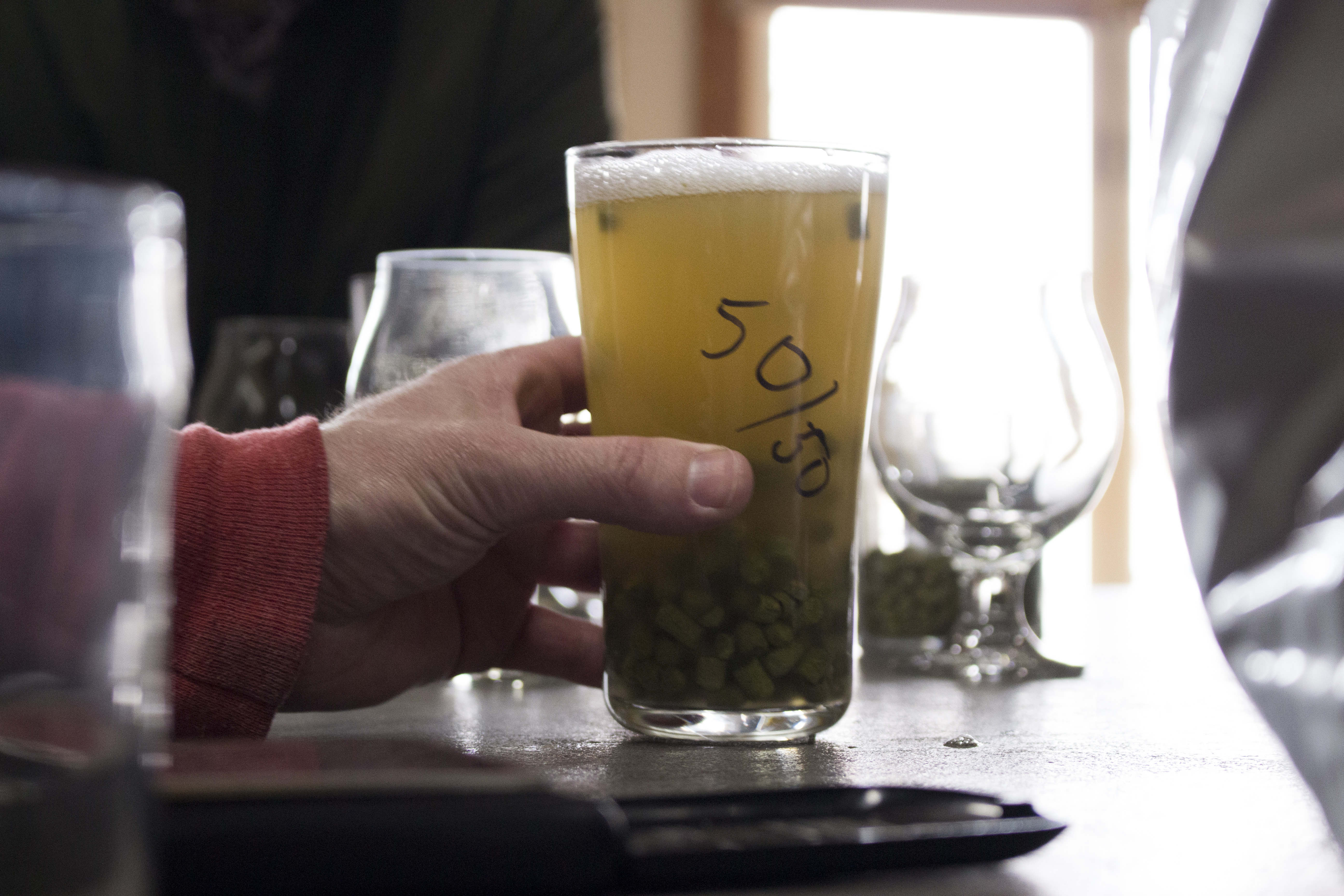 21c: How is it different than the Ozark Lager we know and love?

MM: Andy can definitely take the lead on the science behind it, but the way it is dry hopped makes a huge difference.

AC: We used our house lager strain that originates from Denmark, but chose to change up the malt profile, lower the ABV a little bit, and bring out some different hops. We also chose to dry hop this lager to impart a stronger hop profile on the aroma and flavor side, so it’s light and refreshing but doesn’t lack substance. Just like the Ozark Lager, though, the goal is the same; to produce an endlessly drinkable beer that can be paired with all kinds of food. 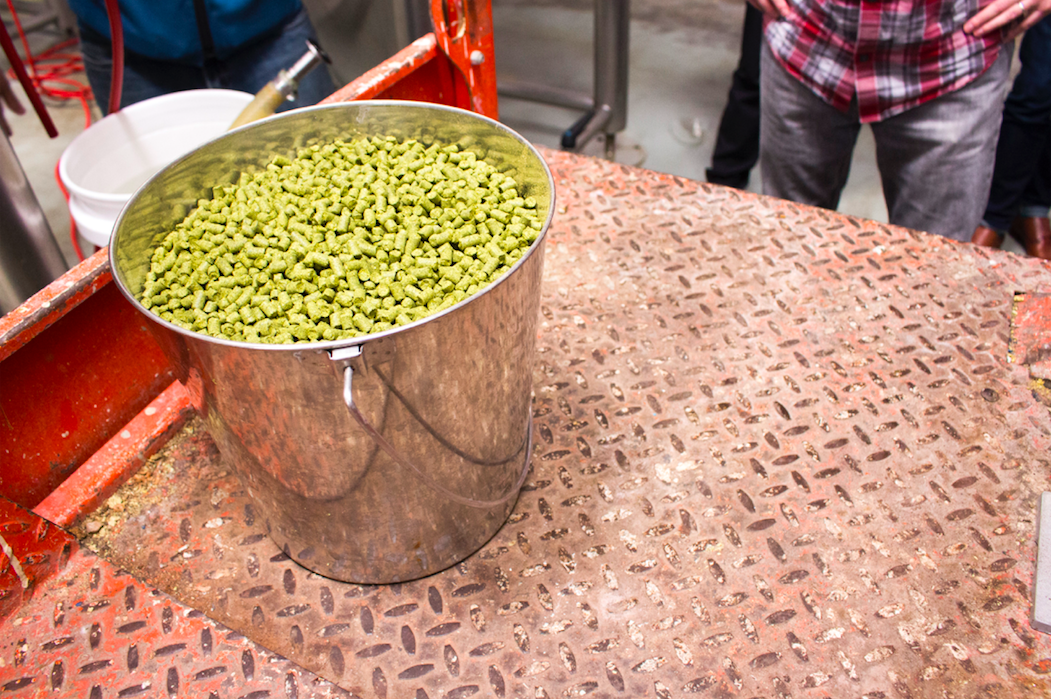 21c: One of the things we love about Ozark is the pairing descriptions on the cans—they’re really relatable, especially to those who don’t know beer. What are you pairing with Colony? Chef Matt, how does that complement your cooking style?

MM: I want to put the food of Arkansas front and center, with flavors that reflect the cultures in our region. For our launch party, I will be doing a mix of dishes that harken back to classic American dishes that have been reimagined to meet the criteria of the modern Arkansas landscape like cardamom scented corn dogs and fried catfish with salsa verde. This beer is also at home on a hot summer day at a BBQ or floating on Beaver Lake.

AC: The nice thing about Colony is that it can go with a lot of different dishes. When we write the beer pairings, it starts with thinking of situations where the beer might be enjoyed and consumed, such as a backyard party, an evening by a fire… and then think about food from that standpoint.  My go-to for lagers is anything that needs an accompaniment without domination. It’s great to pair with rich dishes and spicy dishes, its clean and crisp profile cleanses the palate and strips away anything heavy. I’m excited to see what Matt pairs it with for our upcoming dinner, but this beer will really go well with most anything, from fried chicken to intense curries. On our lager can, we chose to communicate that it pairs well with Arkansas and its seasons. Colony mirrors this as a beer for not just the nicest table setting, but also the nearest canoe and campfire. 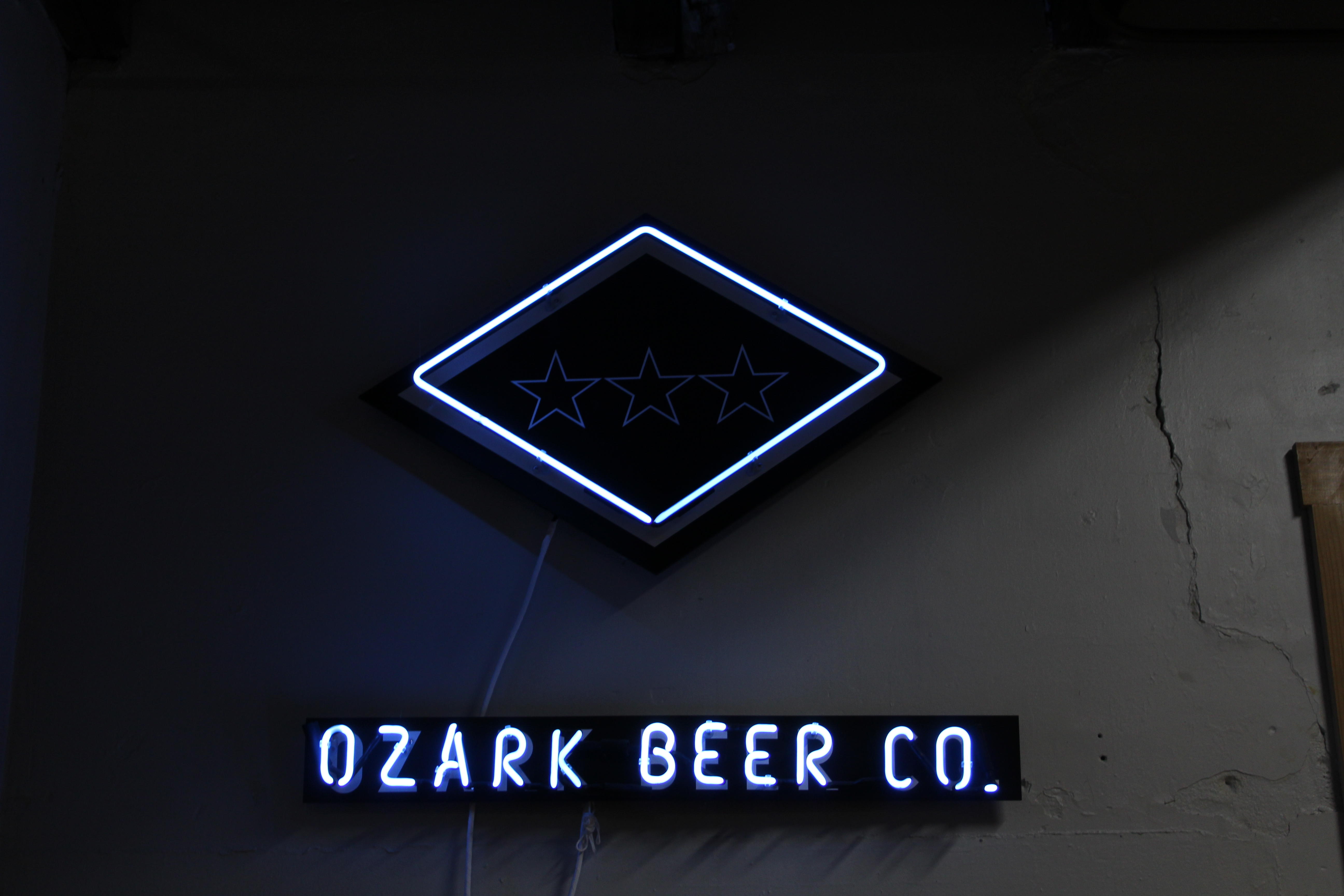 Want the first taste of Colony? Join us at our Fork + Bottle dinner on March 27th. Featuring “Americana” fare and Ozark’s Colony, you’ll also hear from Executive Chef Matthew McClure and the team from Ozark about the collaboration and creation.