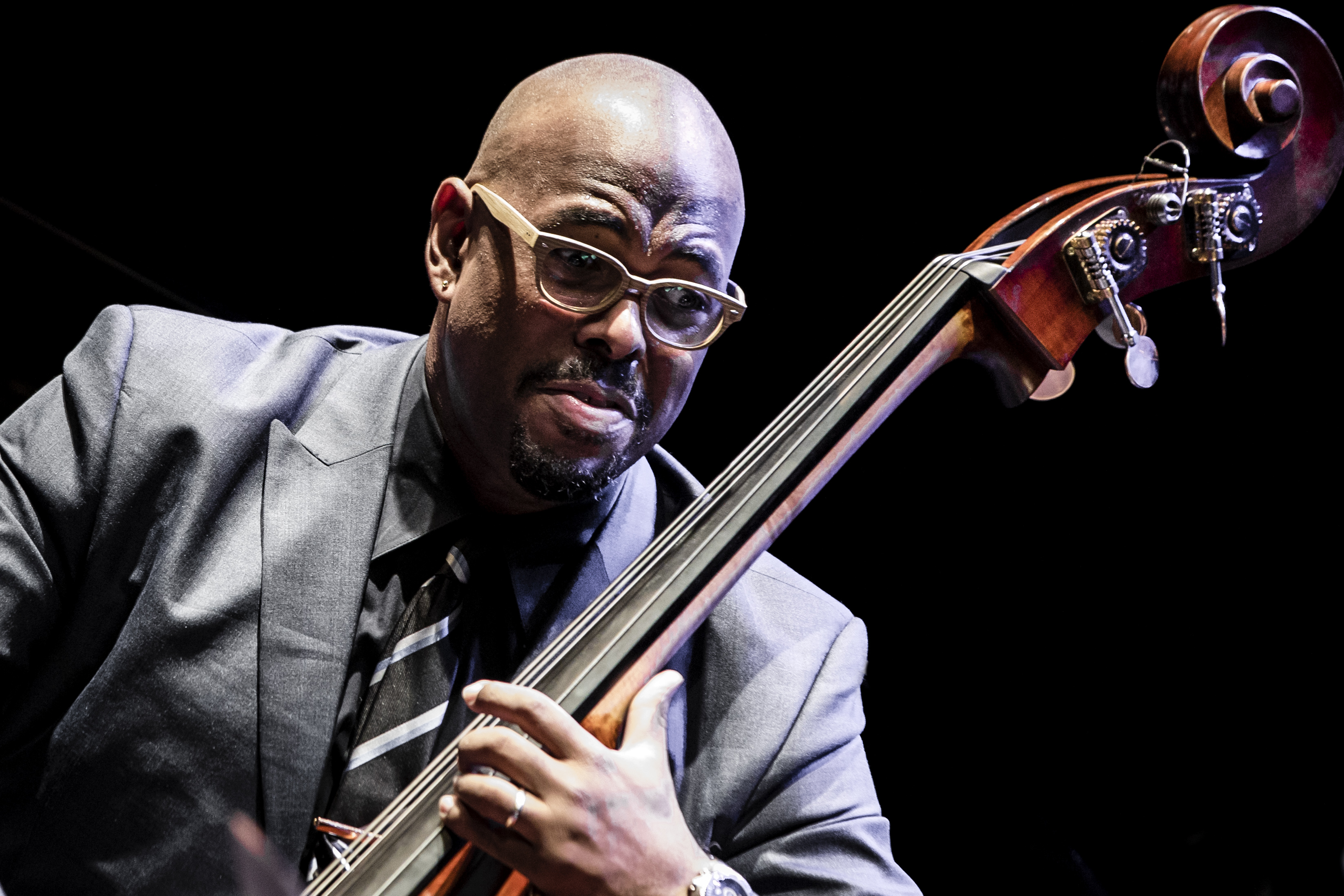 21c Museum Hotel Durham is pleased to partner with Duke Performances to host an intimate live performance by the Christian McBride Trio in the Main Gallery. There will be two performances at 5pm and 7:30pm.

Celebrated jazz musician Christian McBride is a great virtuoso of the bass, and part of an exclusive lineage of bassist-bandleaders. In the twenty-five years since McBride’s debut with saxophonist Bobby Watson, McBride has become a commanding leader and vital sideman, playing on an astounding three hundred albums and winning five GRAMMY Awards along the way. McBride is the musician all the stars want in their corner, from James Brown to The Roots and D’Angelo. Newly named artistic director of the Newport Jazz Festival, McBride is the essential bassist of his generation. The Christian McBride Trio pairs its masterful namesake with two young up-and-comers who complement him perfectly: dynamic pianist Christian Sands and lightning-quick drummer Ulysses Owens, Jr. The New York Times called their gorgeous musical interplay “charged, uplifting, worth seeing.”

Jazz at 21c is presented in collaboration with Duke Performances.