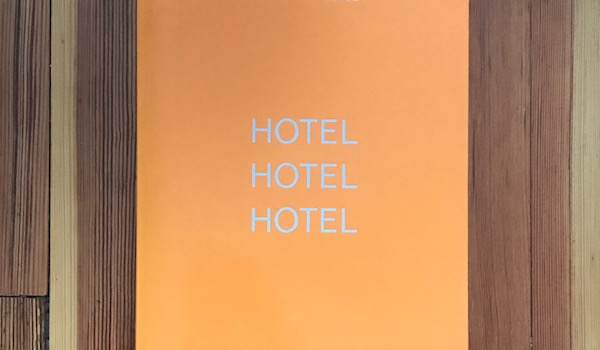 Join us for A friendly conversation with Bill Thelen and local artist and writer, Amy White. They will be having a public conversation discussing Thelen’s exhibition, Hotel Theory, currently on view at 21c Durham, and the related texts central to the exhibition (Hotel Theory, Against Nature and The Picture of Dorian Gray). Introductory remarks by 21c Chief Curator, Alice Gray Stites. Following the event, Bill Thelen will be signing copies of his new book, Oaxaca Drawings.

ABOUT THE ARTISTS
Bill Thelen is an artist, curator, and educator living in Raleigh, NC. He is the co-founder and former Director of Lump, a non-profit, project space located in downtown Raleigh. His work has been shown nationally and internationally, and has been reviewed in Frieze, The New York Times, Art in America, Time Out London, Sculpture, and other periodicals and online journals.

Amy White is an artist and a writer. As the founding member and sole proprietor of the Association of Elemental Aspects, White places a premium on triggered associations, lapses and tangential trajectories. Her art criticism has appeared in publications such as Art Papers, BurnAway and IndyWeek.