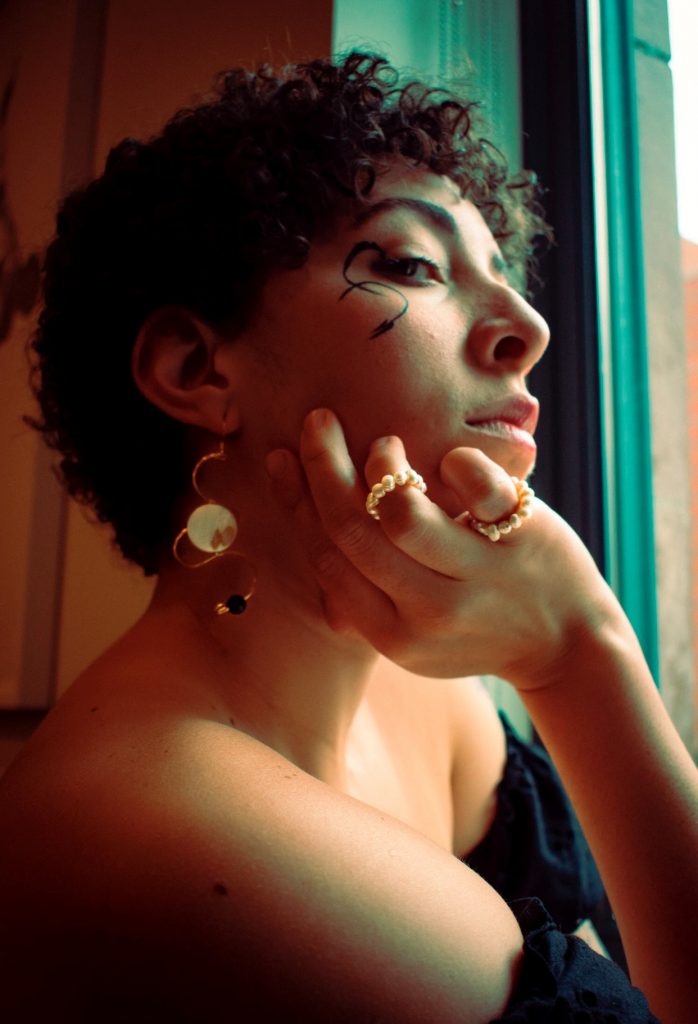 We recently caught up with local Fashion & Jewelry Designer Sidney Cherie Hilley about her inspiration and process in creating her art. 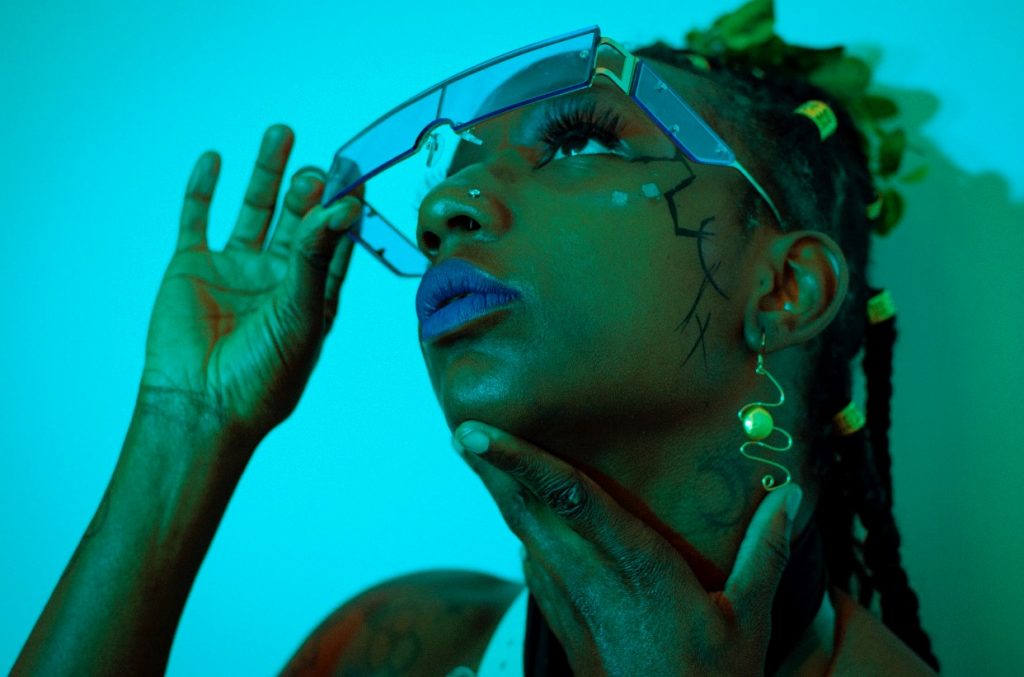 Sidney Cherie Hilley graduated from the University of Cincinnati in 2012 with degrees in journalism and poetry. After several years of writing about other artists and creatives she decided to follow her passion and launch Sidney Cherie Studios, through which she creates and sells “wearable art.”

Sidney has been making art for as long as she can remember, saying “I learned to sew by hand from my nana when I was around 5, and in elementary school, I used to make tiny toy-size clothes and sell them on the playground. As a teenager, I sold hand-made purses and made costumes for theatre. I would also alter clothes and reconstruct jewelry once my thrifting addiction kicked in.”

Soon, she began writing short sketches — doing everything from making costumes to filming the mini production. “My love for working on the many different facets of creating has never stopped,” she says. And the variety of influences, from Sidney’s nana, to singer Erykah Badu, to her Engineer mom’s constant curiosity for science and technology, shows through in her creations. 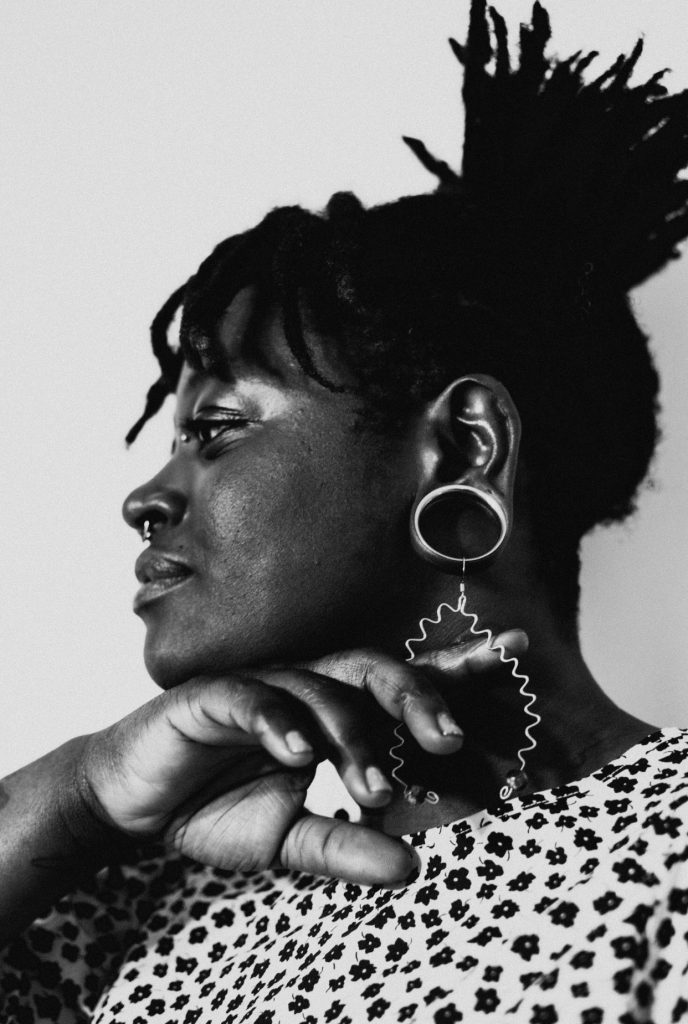 An average day at Sidney Cherie Studios is fueled by lots of coffee and centered around jewelry design. She says, “I often think of my jewelry making as illustrations turned into wearable art. In the same way an illustrator gets to approach the blank page– that’s how I approach each day to design and make. I’m also a night owl– so I’m often having a late night session and hammering jewelry by moonlight.”

“I use gold brass, gold fill, 22k gold ear wires and sterling silver. I use an array of natural stones but I would say a majority of what I use are freshwater pearls. I love freshwater pearls for the irregularities and uniqueness that is always prevalent in their shape.”

Sidney’s designs are aimed at people who love asymmetry and have a flair for a little drama. “I grew up as a theatre kid, and I love that stories and statements can be carried out through what we wear. I make a wide range of designs, so that hopefully anyone can find a piece that calls out to them,” says Sidney. A lot of the designs are inspired by sound wave patterns, her interpretations of celestial bodies and patterns in natural curly hair. 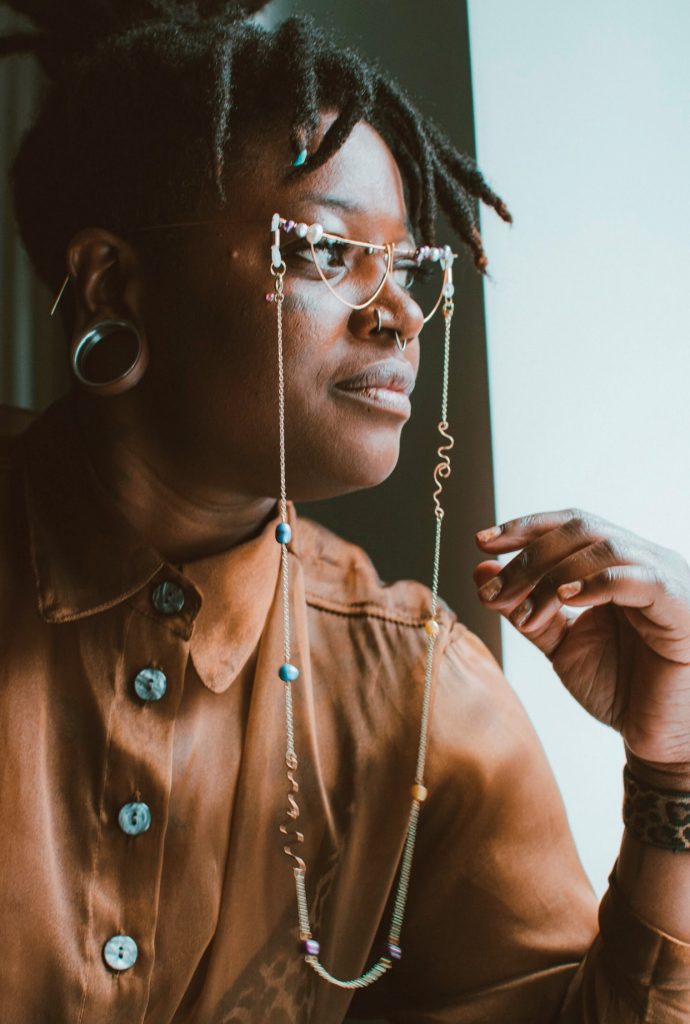