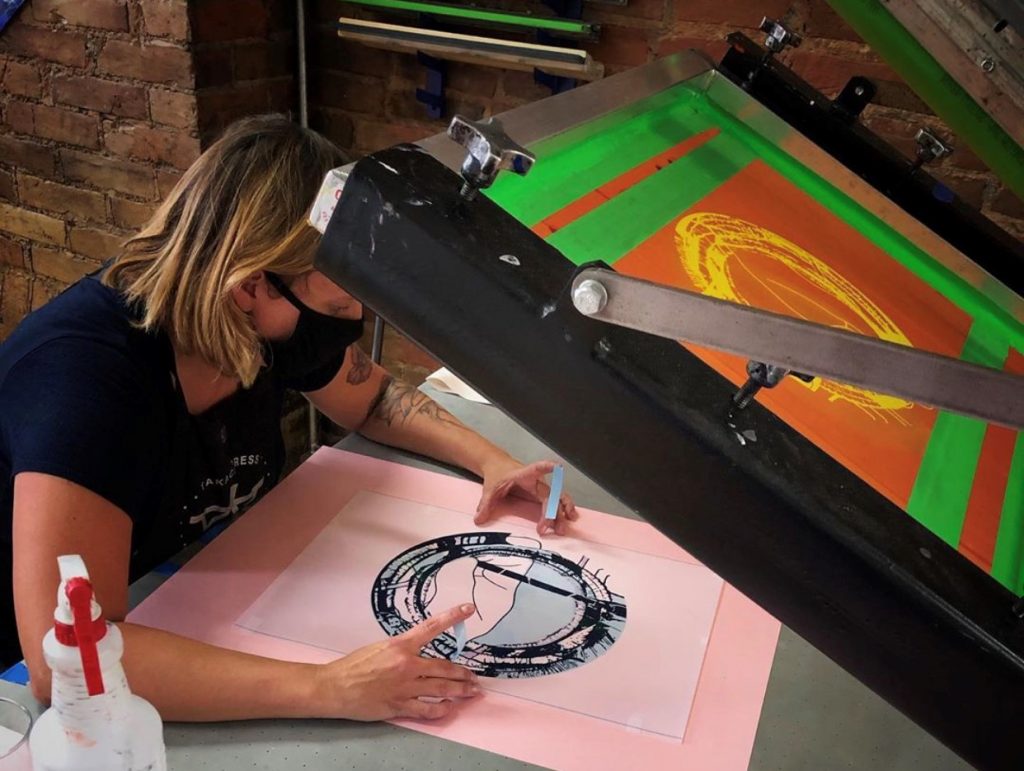 Yearning to learn from home? Us too. So we reached out to some of our favorite local and regional artists to bring you a ‘How To’ virtual series. Our guest presenters will be showing off their favorite tricks of their trades in an informative new series IGTV posts. The line-up features #21cElevate alums, as well as artists we’ve teamed up with for past events like the New Art Collector’s Supper Club and the opening reception of Dress Up, Speak Up: Regalia and Resistance. Learn how to paint with educator and former 21c Elevate artist, Michael Coppage, screen-print with female dynamic trio, Pull Club, and learn the ins and outs of creating a large public work with muralist, Matthew Dayler.

Michael Coppage  |  How To: Use Symbols and Allegories in Painting

Gary Gaffney  |  How To: Interpret and Appreciate Drawing

Laura Felger  |  How To: Add Patina to Sterling Silver

Joe Hedges  |  How To: Balancing Your Time between Looking at Art and Looking at Your Phone

Jennifer Purdum & Andy Au | How To: Make a Print

LEARN MORE ABOUT OUR HOW TO EXPERTS… 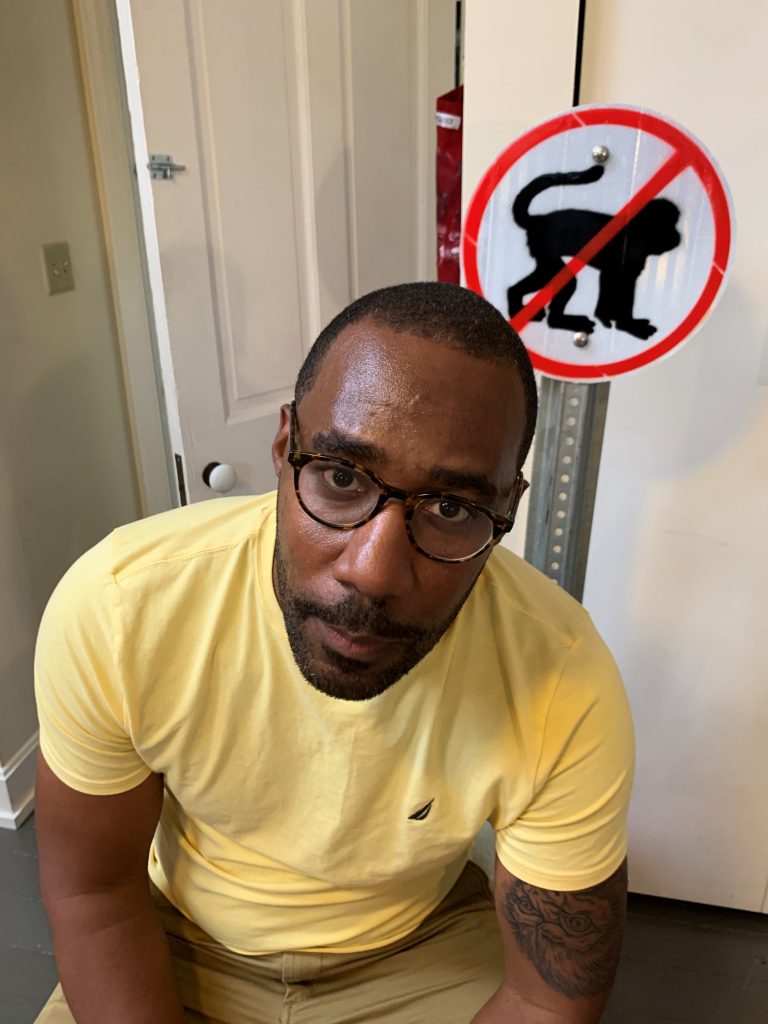 Originally, from Chicago, Michael Coppage has lived and worked in Cincinnati since 2007. Coppage has recently been featured in print and online after participating in the city of Cincinnati’s Black Lives Matter mural and for receiving hate mail for a controversial and provocative series entitled “American +” where he depicts white Americans as monkeys. His work addresses the appropriation of African-American culture, demonization of black men and what he calls the “systematic” destabilization of black people in America. He had a recent micro-residency at the Cincinnati Contemporary Art Center entitled “BLACK BOX”: a community impact project aimed at demystifying black men and creating authentic experiences that replaced bias and preconceived notions.

Coppage earned a B.F.A in Sculpture from Memphis College of Art and an M.F.A in Studio Art from The Pennsylvania Academy of the Fine Arts. Primarily a mixed media artist, Coppage has spent a number of years painting. He utilizes an impasto technique called optical color mixing that does not require blending paint and instead focuses on “sculpting” color. He has traveled around the world extensively and has work in a number of private collections. In addition to his more personal works, Coppage has co-created a 501(c) 3 called PIECES where he works with adolescent psychiatric patients, students and adults who work with children to create large-scale portraits. To date over 400 images have been completed and exhibited around the country.

Learn How To with Michael Coppage 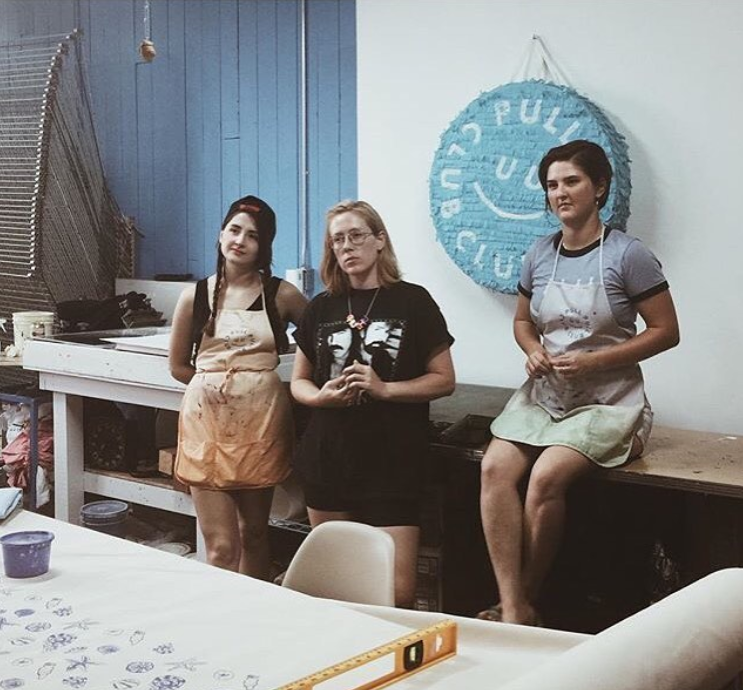 Pull Club Studio, is a girl-powered screen printing, and design studio based in the Queen City. The female artist collective is comprised of Amy Scarpello, Chelsey Hughes, and Linda Winder. Pull Club focuses on textile and paper print goods, with screen printing as the central process to creation. All projects are handmade in their clubhouse studio, located in Camp Washington.

Learn How To with Pull Club 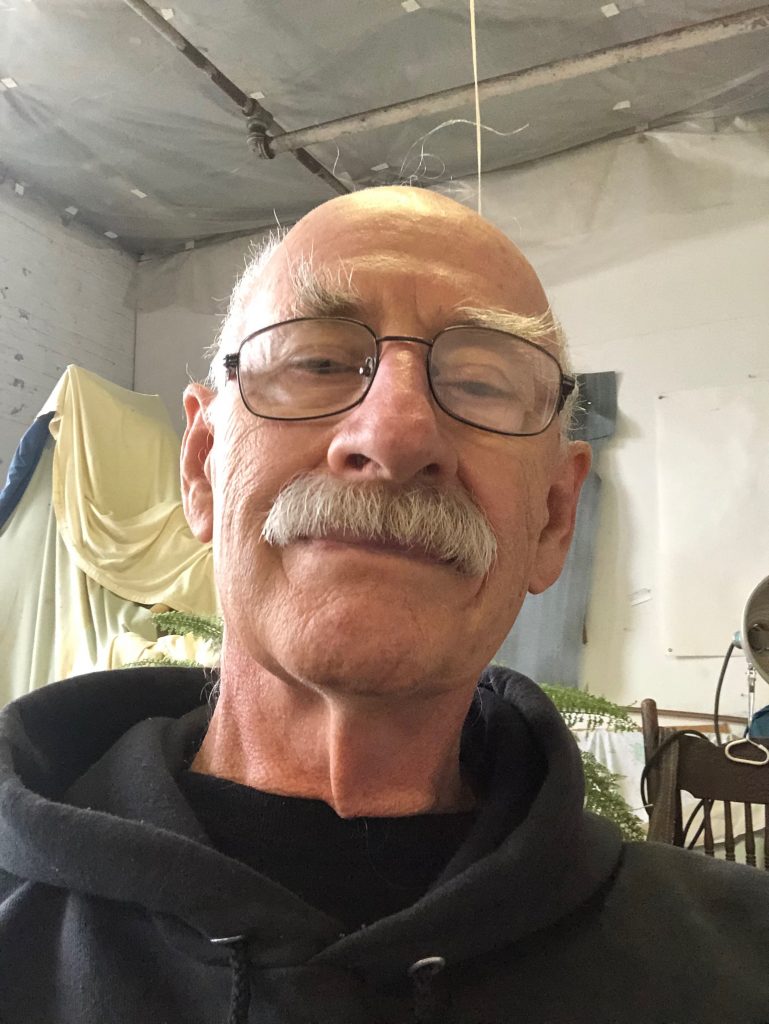 He will soon publish a book on drawing and has long advocated for a greater role in K-12 education for drawing as language.

Learn How To with Gary Gaffney 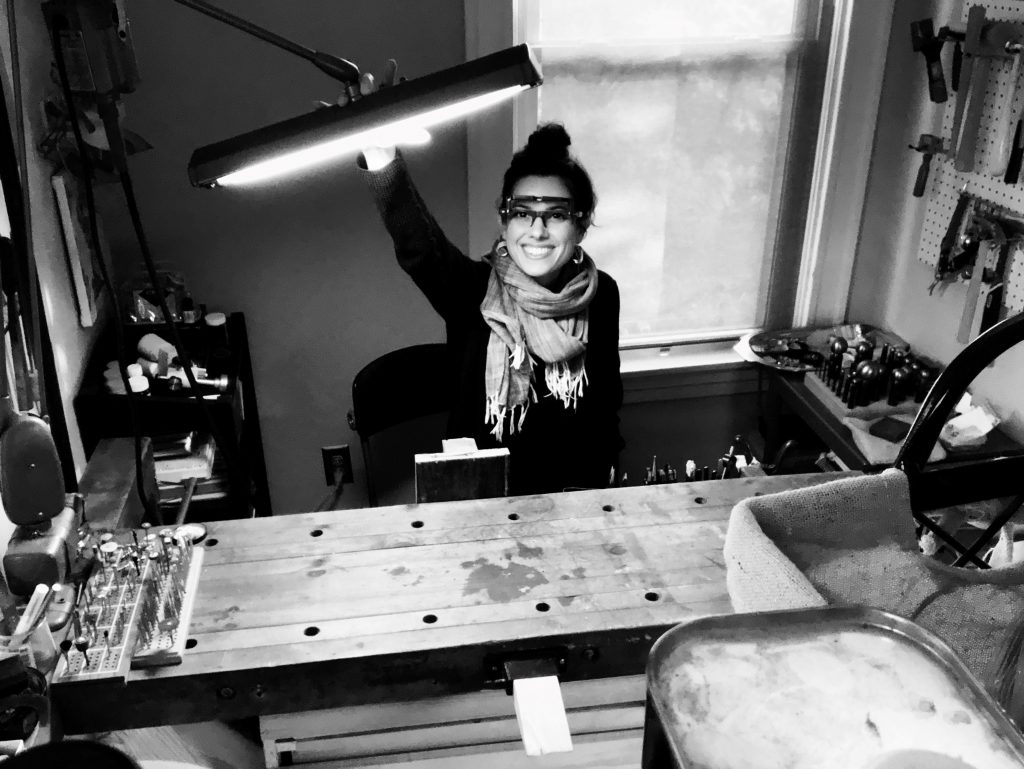 Laura Felger was bit by the metal smithing bug at Ox-Bow School of Art after taking a jewelry making class with rockstar artist and activist Susie Ganch.  Shortly after, she returned to BFA studies at SAIC (School of the Art Institute of Chicago), where painting and light metals became focused paths, and supplemented metals classes at Lillstreet Art Center (Chicago, IL).  She left Chicago en route to Cincinnati and picked up a starter studio worth of equipment from a retired jeweler and set up shop. Laura graduated G.I.A. (Gemological Institute of America) Graduate Gemologist (G.G.) and studied Stone Setting at NASJ (New Approach School for Jewelers). She is currently making bespoke jewelry and sculptural objects at FELG Studios and working as a stone setter & bench jeweler.

Learn How To with Laura Felger 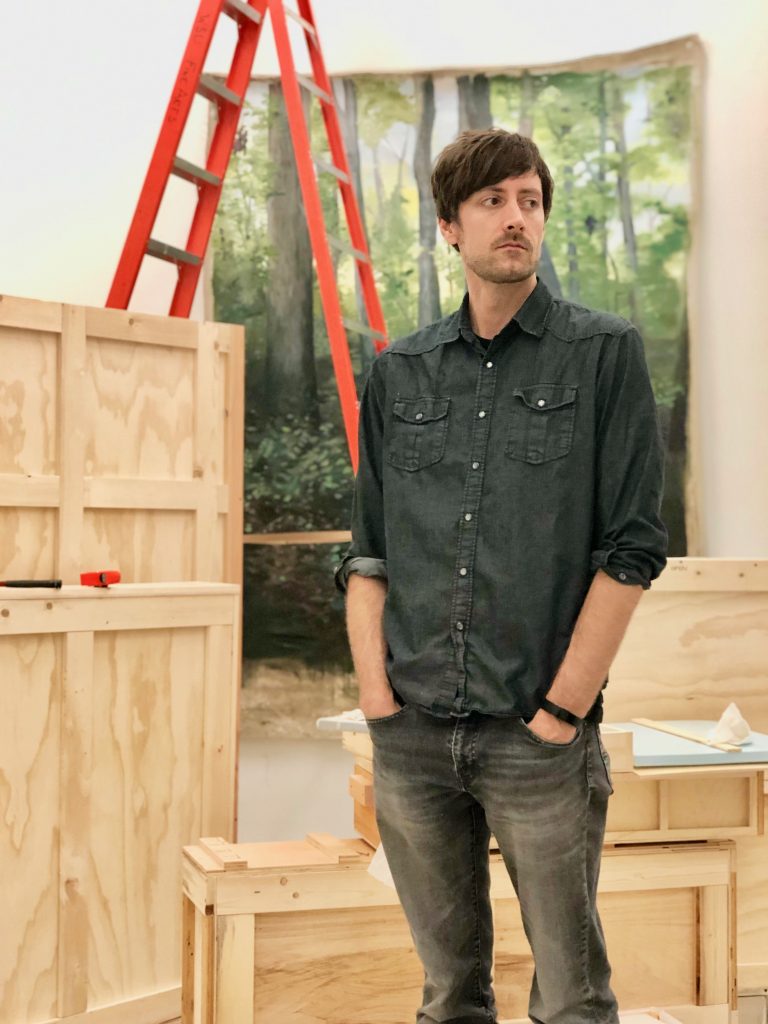 Hailing from a small rural Ohio town in southwest Ohio, Joe Hedges is an artist with an expansive intermedia practice. Hedges has participated in shows nationally and internationally, including exhibiting works in 21C Cincinnati’s own guest vitrines in 2014. After several years of living in and curating experimental art shows in and around Cincinnati, Hedges moved to eastern Washington State in an area known as the Palouse in 2015. Reflection and deconstruction is a large part of Hedges’ creative practice. Although ostensibly a painter, Hedges work frequently combines media, riffing on the seemingly privileged position of painting in art history and contemporary art by cutting holes in his painting or hanging them alongside or within new media installations. Hedges’ canvases are wonderfully rendered, making his penchant for literal deconstruction and new media juxtaposition all the more impactful. In an age of near constant visual engagement with screens, Hedges’ works invite the viewer to consider the enduring appeal of pigment on a surface in the face of increasing power of algorithms.

Learn How To with Joe Hedges 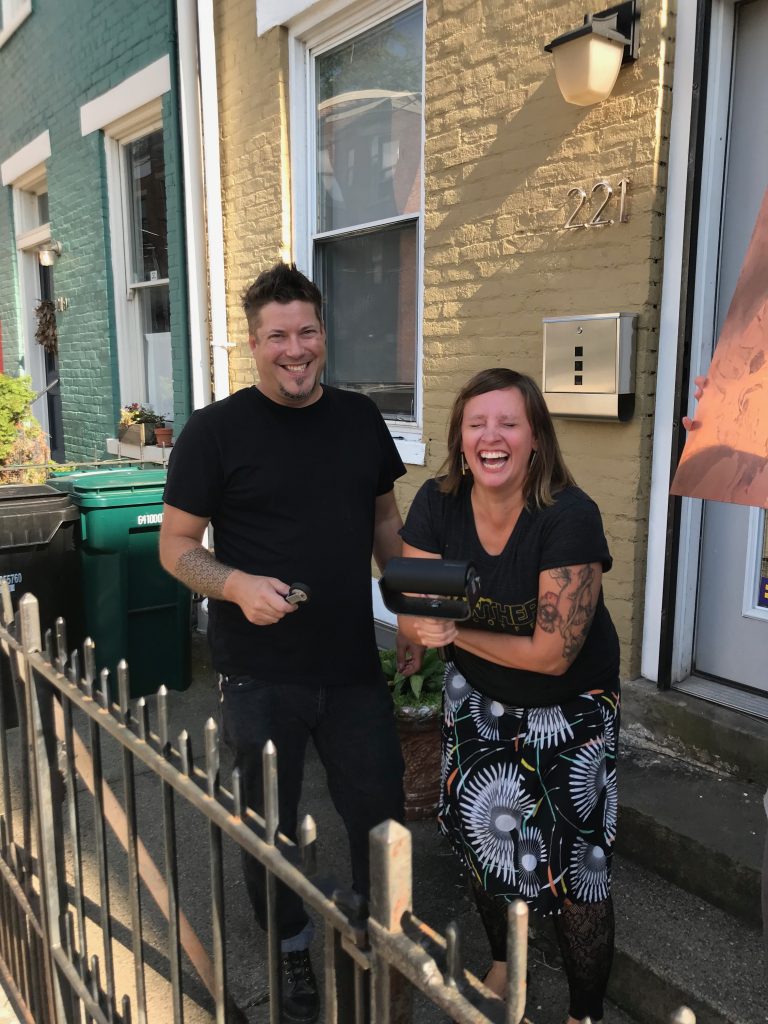 Jennifer Purdum and Andrew Au believe in Cincinnati and when they returned to the city in 2006, they knew they wanted to create a studio here. Having lived in Cincinnati from 1996-2001, then moving to Italy, Washington DC, and New Orleans, they returned to the Midwest, their home with intentions of creating a permanent studio space there. They started looking at properties in Over the Rhine in 2007. At the time, the prices were dirt cheap and 221 Magnolia was little more than a shell. There was no plumbing, no electrical to speak of, and everything was covered in soot. Over 10 years, they nickeled and dimed, and blood and sweated the project into a fully functioning artist studio with a working kitchen and bathroom, a combination press, and a silkscreen press. Today, Fuse Press operates as a private art studio and fully functioning printmaking press and artist residency.

Life is good. Just like water flowing over and shaping rock over great periods of time, you can achieve just about anything if you set your goal and just keeping plugging forward towards it. At Fuse Press we invite artists to work and live in the studio, share the experience with us and realize some of their own goals and strive to create a lively printmaking scene here in Cincinnati through a shared love of this city and printmaking.

Jennifer Purdum and Andrew Au are also Miami University Regionals Professor or art, where they have been teaching since 2007.