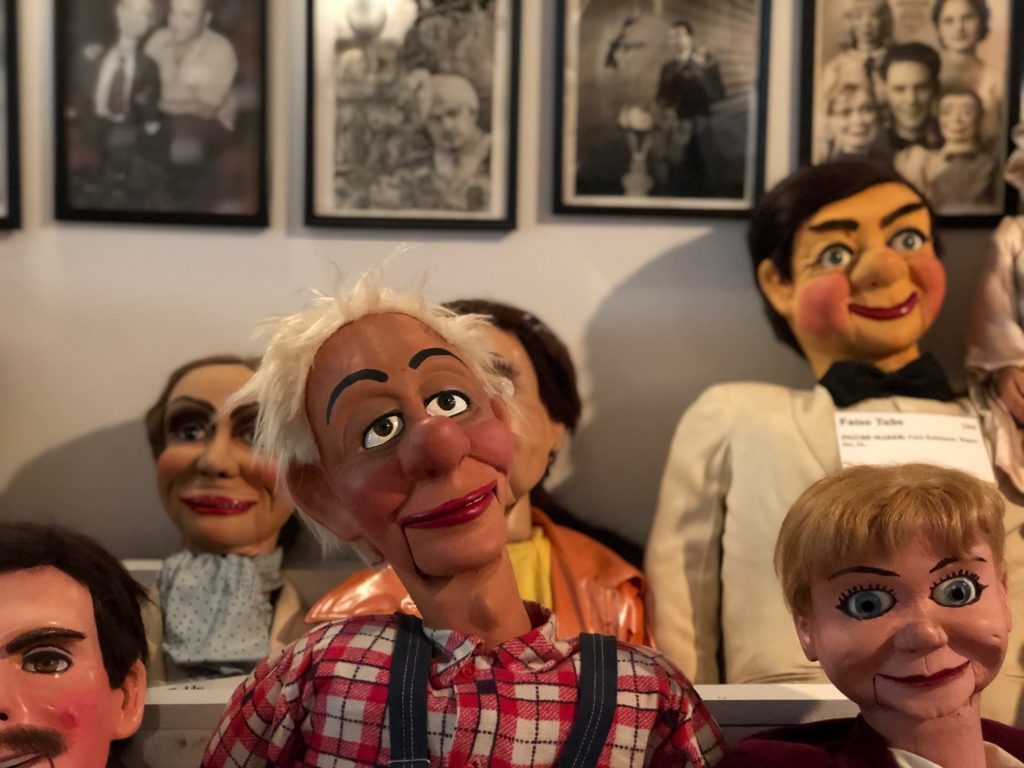 On a typically warm June day, I set off across the Ohio River to Fort Mitchell, Kentucky to visit an atypical attraction, Vent Haven, the world’s only museum dedicated to ventriloquism. I brought some Burnt Carrot and Mixed Green Salads from Metropole to enjoy while chatting in the courtyard with Directors/ Curators of Vent Haven, Anne Roberts and Lisa Sweasy. They were gracious hosts and eager to show me around the museum grounds.

Vent Haven is unique in many ways. The name is a combination of “vent” for “ventriloquist” and “haven” as in a “safe place” for retired dummies. Upon entering the building, it feels equal parts of a history museum and a retirement home. The museum is open May through September by appointment and there is a suggested $10 donation for a private tour. And to be honest, that’s a deal. 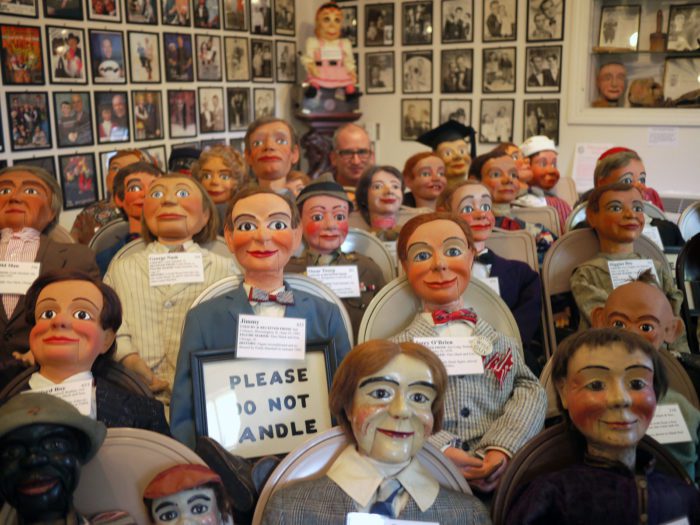 Vent Haven founder William Shakespeare Berger bought his first dummy while on a trip to New York City in 1910. He brought it home to Kentucky, named it Tommy Bolony and practiced the art for a few years before eventually putting the dummy back in its box where it stayed for the next two decades. At a Christmas party in 1930, Berger dusted Tommy Bolony off and resumed his act to entertain his guests and in doing so, reignited his passion for ventriloquism. But this time, rather than perform, he was going to collect.

Over the next 42 years, W.S. Berger dedicated his life to the art form. Says Curator Lisa Sweasy, “He made himself the center of the universe when it comes to ventriloquism.” In the Vent Haven archive, they have over 250,000 correspondences between Bergen and 6,000 different entertainers and businesses. In his letters, he would ask for photos, posters, playbills, scripts, recordings, puppets, and dummies. After this 4-decades-long-letter-writing-campaign, he was able to amass a collection of 500+ dummies and hundreds of photos and pieces of memorabilia. And since his death in 1972, the collection has grown to over twice the size, currently boasting over 1,000 dummies. In addition, there is a library onsite with approximately 1800 books on ventriloquism, the oldest text dating back to 1772. 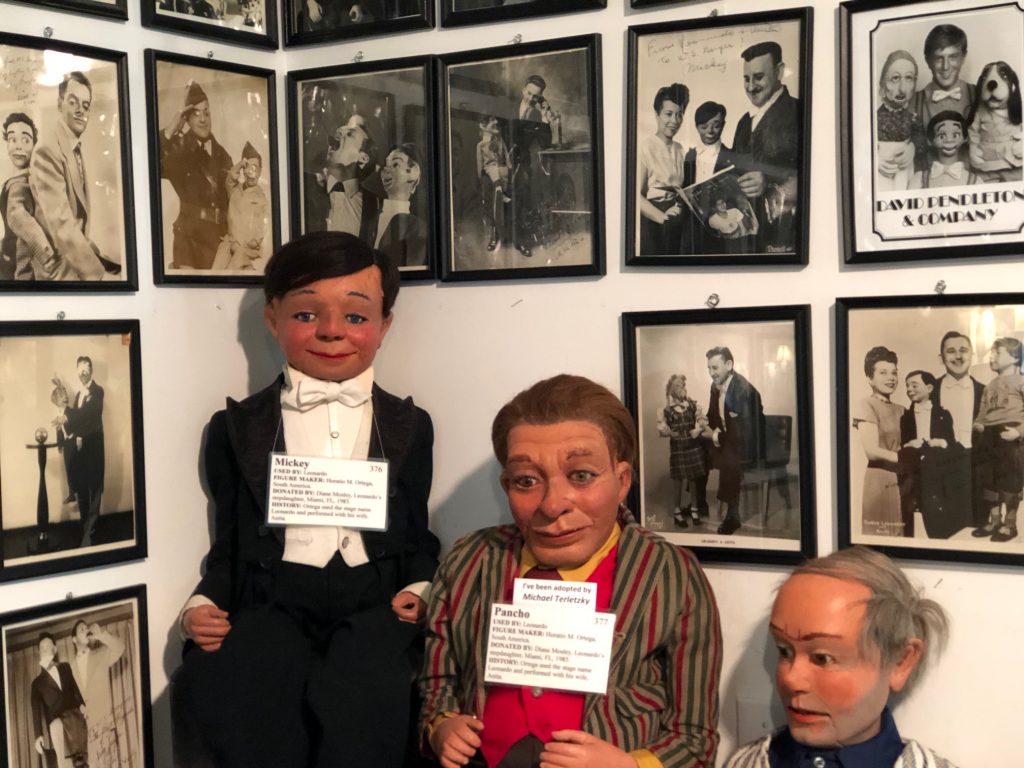 Vent Haven is a retirement home of sorts for the dummies of ventriloquists around the world and the space feels like a Hall of Fame for the ancient art. Inside you will see famous faces such as Charlie McArthy, Danny O’Day, Lamb Chop, Farfel the Dog, and Jocko the Monkey, as well as lesser-known puppets and dummies with just as much stage presence. Most are carved from wood, but you’ll be surprised to see many are made of plastic and cloth. All you need for a dummy is a head with a moving mouth, so even though some can smoke, spit, sweat, and wet their pants, there are others that are as simple as a sliced open tennis ball with eyes attached. This is the beauty of ventriloquism, it doesn’t matter how amazing your dummy is, it’s the voice that sells the performance.

Because the voice is so important to the ventriloquism dummy, out of respect the staff does not use any from the collection to demonstrate how ventriloquism works. Says Curator Anne Sweasy, “The best metaphor is the musical instrument metaphor. If we had Chuck Berry’s guitar here, and you saw me pick that up and go ‘Let me just show you how this works’ you would be like, ‘stop!’ you know, you just don’t do that.” 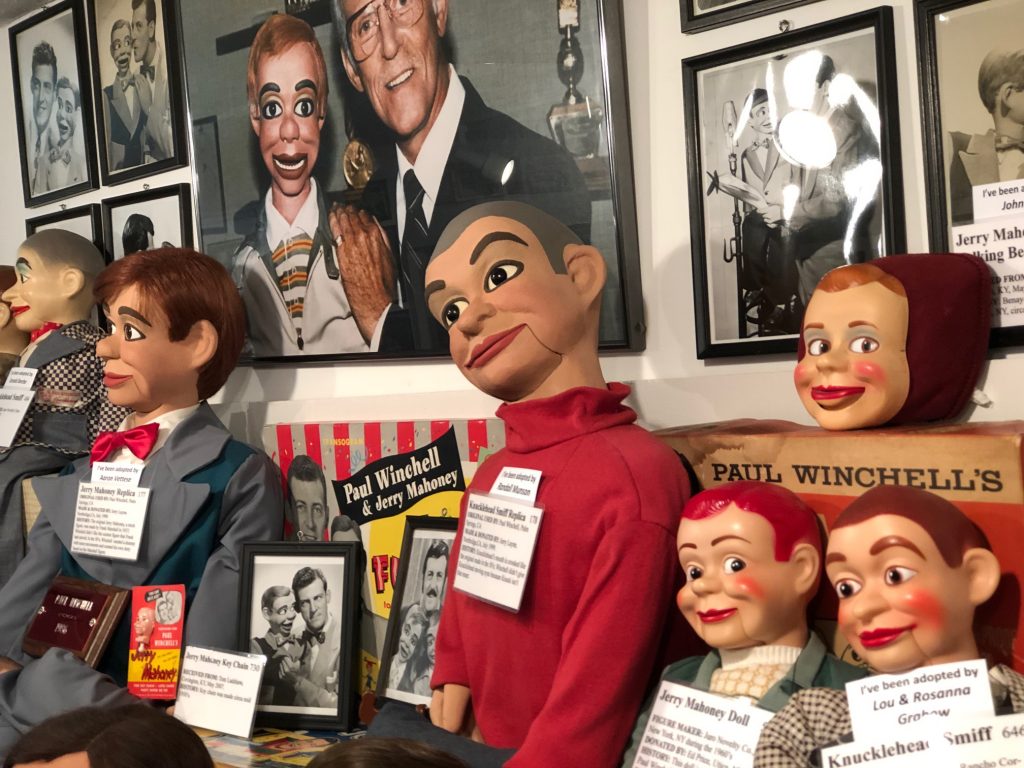 For almost 45 years now, Vent Haven has hosted a Vent Haven International Ventriloquist Convention during the 3rd week of July that draws around 500 enthusiasts from around the world. More info about the convention can be found here. For obvious reasons, this is the busiest time of the year for the museum. Hundreds of visitors carve time out of their trip to visit the little Museum in Fort Mitchell to see their heroes from the past.

If you love massive collections or off-the-beaten-path places, Vent Haven is a must-see attraction. Ventriloquism is a cornerstone of entertainment history and Vent Haven is the only place in the world dedicated to the centuries-old performance art. If you’d like to plan a visit during your trip to Cincinnati please contact the museum to set up a tour. 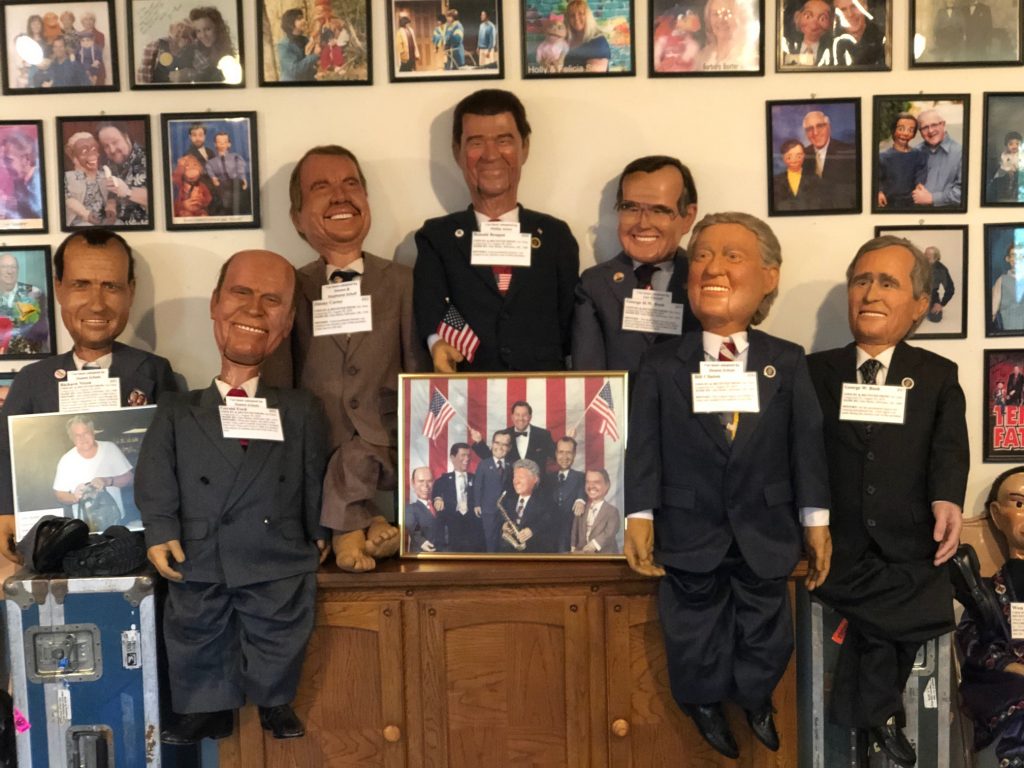