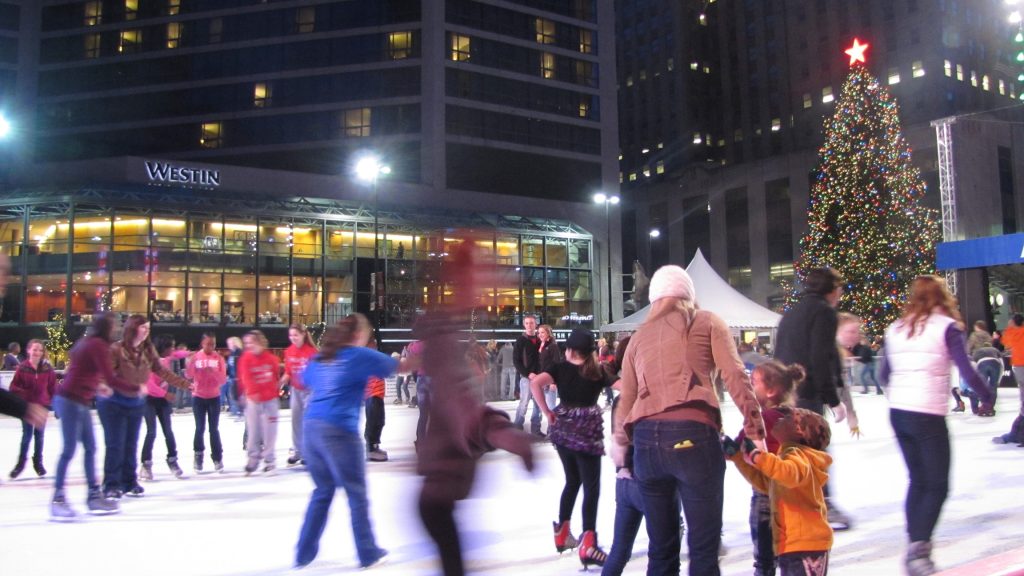 Where better to close out the year than one of the New York Times’ best places to visit in 2018, Cincinnati. Whether you’re looking to extend your holiday cheer or explore local favorites, The Queen City has something for everyone. Here’s how to make the most of three days in Cincinnati.

Earlier this year, the Cincinnati Shakespeare Company moved into their new $17 million digs that are modeled after the Royal National Theatre in London and Shakespeare’s Globe, among others. The theatre is designed so that no seat is more than 20 feet from the stage. The names of Shakespeare’s 38 plays are engraved on the steps, a nod to the ‘Cincy Shakes’ feat of being one of the first five companies in the world to complete the cannon. For the holidays, their hit Every Christmas Story Ever Told (And Then Some) is back. What begins as an annual production of A Christmas Carol, soon devolves into a look at holiday favorites including It’s A Wonderful Life, Frosty, Rudolph, Charlie Brown, and more. The last performance of the season is on December 30th and you can purchase tickets here. 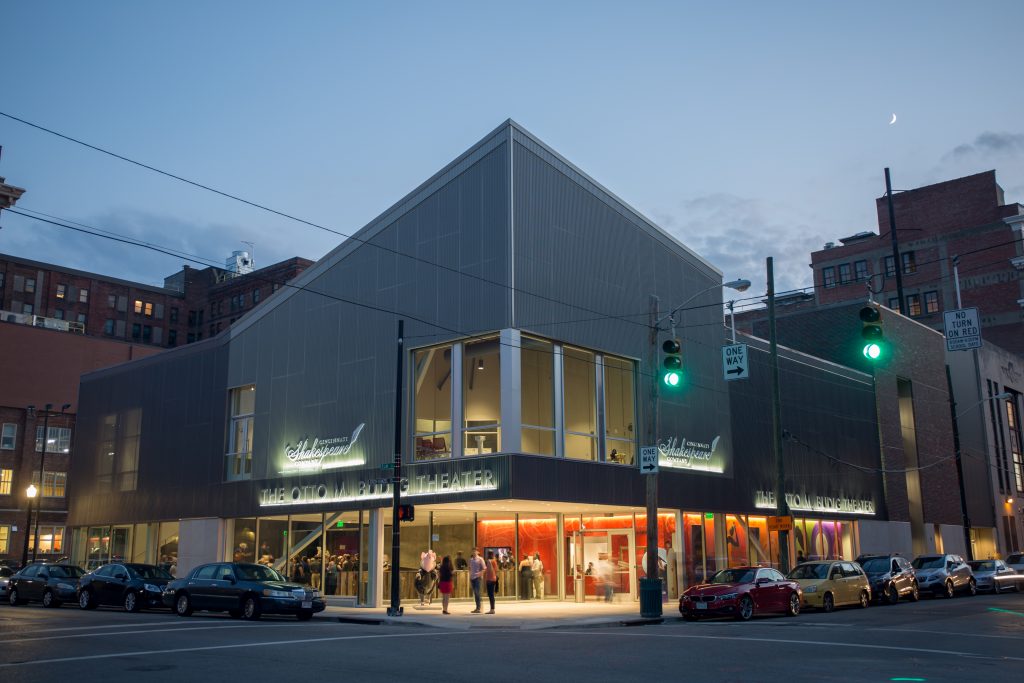 After the play, visit Cincinnati’s Northside for live music & local beer (two of the Queen City’s specialties). Housed in an old church, Urban Artifact “celebrates Wild Culture”. Specializing in sour & wild beers, Urban Artifact has live music every night of the week with no cover charge. Although they are a full-service taproom, they don’t have food so it’s best to eat before arriving for the night’s show.

Start your morning off at the Contemporary Arts Center, our next-door neighbor. As a non-collecting institution, the exhibitions are temporary and ever-changing. Currently, they have Akram Zaatari’s The Fold—Space, time and the image and Mamma Andersson’s Memory Banks on view in partnership with FotoFocus Biennial 2018. Note: the museum closes at 2 p.m. on New Year’s Eve, so make sure to make this your first stop.

Join us in celebrating New Year’s Eve from 9 p.m. – 1 a.m.  Inspired by our current exhibition Truth or Dare, we’re confusing reality with its replica at a celebration only The Great Gatsby could dream up. Blow away the gilded truths and fictions of 2018 as you party like the bootleggers and flappers of the 1920s. Relish in an evening dancing with Pones among the art deco and futurist inspired videos created by Planet Venus and VJ C Jacqueline Wood. 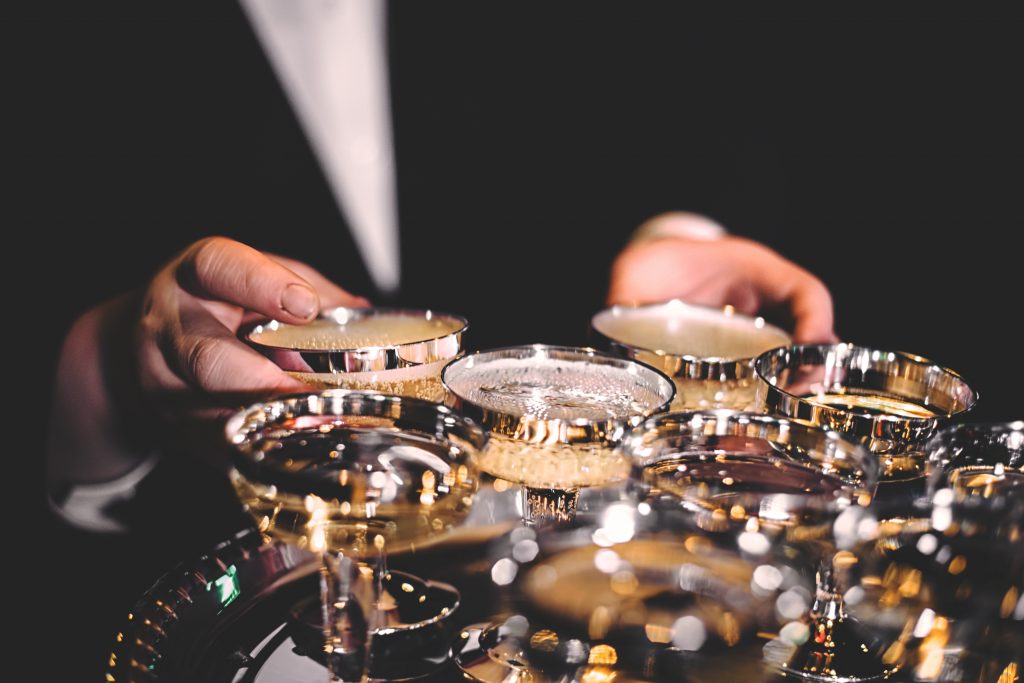 Admission to the celebrate is $35 and includes one complimentary beverage. A portion of the proceeds will go to Mortar Cincinnati, an organization that builds on the growing successes of Cincinnati by focusing their attention on the areas that might be overlooked. Tickets can be purchased online here and will be available through 12.30. You can purchase tickets at the door the night of the event for $40 p/p cash only.

Ease into 2019 by taking in the sights of Downtown Cincinnati.

The 49-story Carew Tower is Cincinnati’s second-tallest building in the city and was an architectural model for the Empire State Building. For just $4 (cash only), you can take an elevator to the roof and get stunning views of the city. From the roof, you’ll have a great view of the John A. Roebling Suspension Bridge (as locals call it, “the blue bridge”) that connects Cincinnati and Northern Kentucky. If the bridge looks familiar, it’s because Roebling designed the Brooklyn Bridge 20 years after Cincinnati’s was completed. 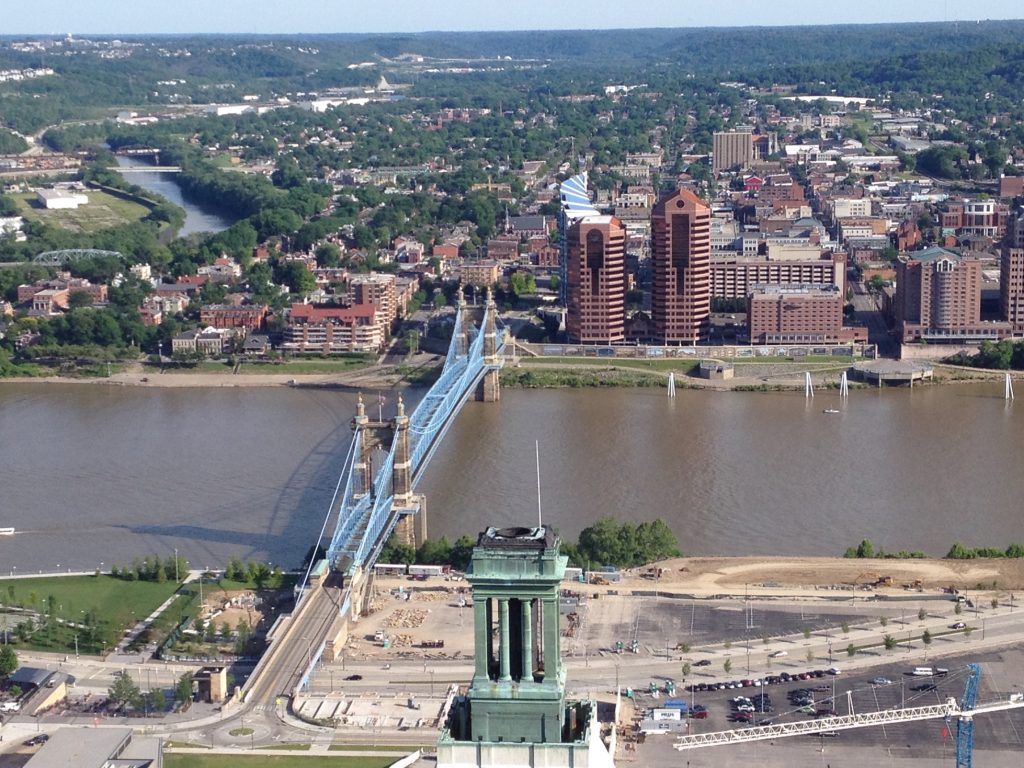 After viewing Cincinnati from 49 stories up, take a spin on Fountain Square’s Ice Rink. Between 5th and Vine, the ice rink is nestled in the heart of downtown. The rink is open from 10 a.m.- 11 p.m. on New Year’s Day. After skating, you can warm up with hot drinks and sweets at Graeter’s on the Square. 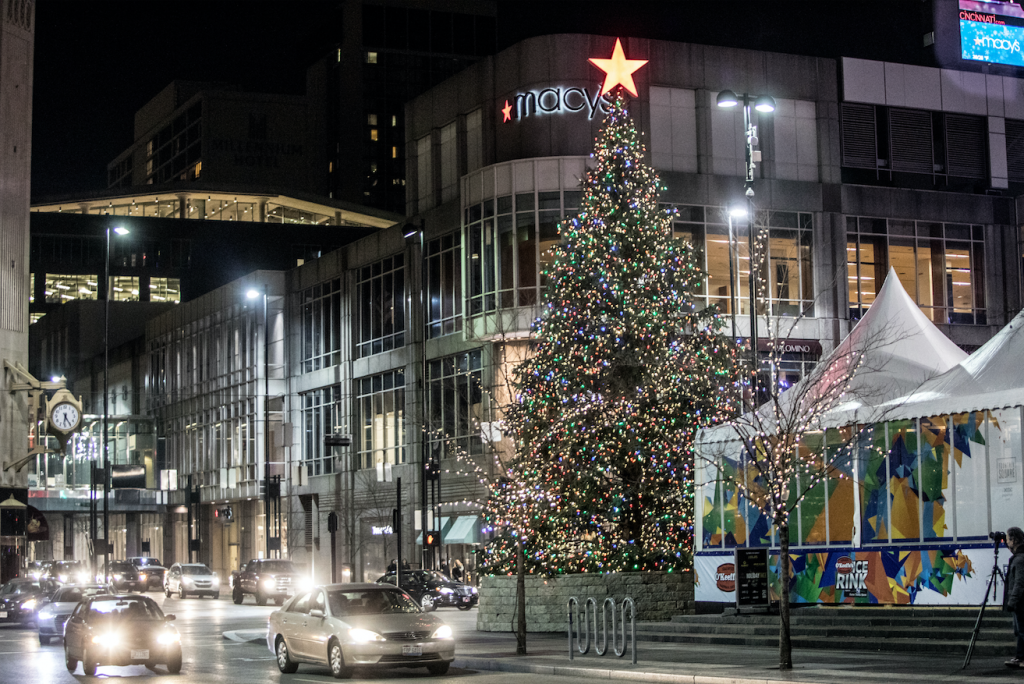 Ready to book your extended exploration in Cincinnati? Our New Year’s Eve package includes tickets to the party, a bottle of bubbly, breakfast, and complimentary late check out on New Year’s Day.