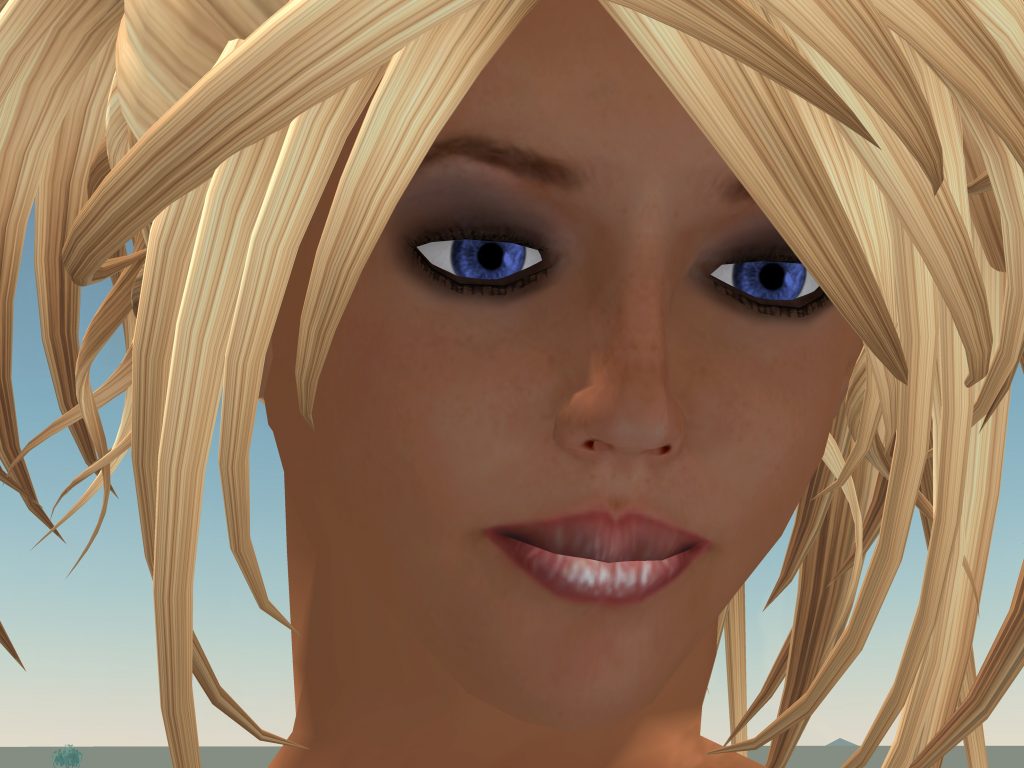 PRESS RELEASE – 21c Museum Hotel announces the opening of a new exhibition titled Dis-semblance: Projecting and Perceiving Identity. Curated by Alice Gray Stites, Chief Curator and Director of Art Programming, Dis-semblance explores how we conceive and communicate identity in this global digital age. These works trace the evolution of portraiture as a platform for capturing the ebb and flow of the mutable, hybrid self, and as a multi-faceted mirror of the fractured identities we shape, desire, and exchange in our now intertwined analog and digital lives. The exhibition features painting, photography, video, and new media works by a roster of international artists including Kehinde Wiley, Yinka Shonibare, Sam Taylor-Wood, Chuck Close, Paul Rusconi, Marco Grassi, Eva and Franco Mattes, Rachel Lee Hovnanian, Albano Afonso, Ori Gersht, Hendrik Kerstens and others. New media artist Lincoln Schatz’s The Network, a special project commissioned by the Smithsonian’s National Portrait Gallery, will be on view in 21c’s dedicated Video Gallery. As part of 21c’s commitment to supporting both established and emerging artists, the exhibition also features works by local and regional artists, including Carlos Gamez de Francisco, Jacob Lynn and Letitia Quesenberry. Dis-semblance will open at 21c Cincinnati on Friday, June 12 and will be on view through November 2013. 21c’s exhibition space is open free of charge to the public 24 hours a day and 7 days a week.

“Dis-semblance investigates the cultural, social, and environmental issues currently shaping personal identity,” says Stites. “Reflecting current research into the way technology influences how we think, feel and communicate, these artists use technology combined with global and historic references to talk about identity. These works examine the subject from a variety of angles from the media and cultural fascination with celebrities to the effects that digital communication has on our ability to project different versions of self.”

A work by Danish artist Jeppe Hein called Mirror Wall (2009) will be many guests’ introduction to the exhibition.  Installed in the Lobby Gallery behind the guest registration table, a sensor embedded in the base of the table causes the mirror to shake as someone approaches, making it impossible for viewers to see themselves clearly and creating a subtle fracturing of the audience’s own reflections.

Rachel Lee Hovnanian’s work Dinner for Two (2012-2013), a recent addition to the collection, will make its museum debut in Dis-semblance. Hovnanian’s work references classic literature and the divide that modern technology has created in relationships, both with ourselves and others. An elegant dinner table is set for two faces appearing on screens above the chairs. The man and woman do not speak, and the only sounds heard are recordings of technology. It is not clear whether the couple is communicating with one another via technology or with others.

Artist Laurel Nakadate’s Star Portraits series speaks to our ongoing love affair with celebrity and the desire to have our own image reflected in the media. The artist photographs single subjects that she contacted via social media at night using only the ambient light and a single flashlight. The artist highlights the isolation of these individuals, their yearning to be photographed and to have their images shown in the public sphere.

Historical allusions abound in works by Kehinde Wiley, Yinka Shonibare M.B.E. and Alfonso Abano, each of whom recast conventional subjects of old master portraiture as ethnic and cultural hybrids. A conduit between the past and the present, Ori Gersht’s video Liquid Assets – A Portrait of Euthydemos II, King of Bactria 180 BC (2012) combines the latest digital technology with the oldest form of portraiture, an ancient Greek coin. Gersht’s work references alchemy, mortality, and the evolution of currency from hard coins to virtual data. Katie Miller’s works The Adoration of Stimuli (2012) and The Passion of the Lightgeist (2012) present the faces of young children who appear to be bathed in the electric light of a screen. The works are painted in the round however, referencing a Renaissance tradition. New works by Italian artist Marco Grassi, Iconkids #6 and Iconkids #7 (2013) feature real children portrayed as anonymous celebrities for the digital age. The artist uses a palette knife, referencing an industrial, mechanical process. Other artists use screen-based aesthetics to address the influence of technology. Drew Tal’s Porcelain Promises (2013) feature a traditionally dressed Chinese bride and groom whose faces are digitally manipulated to look like cracked porcelain, referencing the fragility of love and the vulnerability of human connections made onscreen and off.

Cincinnati artist Jacob Lynn’s series of embroidered works illustrate the artist’s memories of moments when he was asked to confront his identity as a gay man. Lynn embroiders the text of these memories in Morse code, thus combining the secret language of an outdated technology with a traditionally domestic pursuit to describe personal interactions in the public sphere.

The Video Gallery features The Network (2012) by artist Lincoln Shatz, which was commissioned by the Smithsonian’s National Portrait Gallery. Shatz is best known for his pioneering works that create portraits of people, places and processes utilizing video and software to collect, store and display images. The Network is a generative video featuring portrait-conversations of contemporary American leaders and innovators in Washington, DC. The work is constantly changing; as these politicians, writers, philanthropists, inventors and others speak about a particular endeavor, topics are tagged, with one conversation leading to a new one. This work illuminates in word and image the multi-faceted nature of identity.

About 21c Museum Hotel
21c Museum Hotel Cincinnati is a combination boutique hotel, contemporary art museum and restaurant modeled after the award-winning 21c Museum Hotel in Louisville, Kentucky. Designed by architect Deborah Berke, the property is housed in the former Metropole Hotel, a 100 year-old historic landmark in Downtown Cincinnati. The design of the hotel, listed on the National Register of Historic Places, preserves many of the building’s original features. The 156-room property features 8,000 square feet of exhibition, meeting and event space and presents rotating curated exhibitions, dynamic public art installations and cultural programs. Exhibition space is open to the public free of charge, 24/7. The property is also home to Metropole restaurant, led by executive chef Michael Paley, with a menu built around dishes cooked in a custom-built, wood-burning fireplace. Guests and locals alike will also enjoy a rooftop Cocktail Terrace with stunning views of downtown Cincinnati and the surrounding area as well as the Spa at 21c with three treatment suites featuring heated floors and en suite steam showers. 21c Museum Hotel was founded by Laura Lee Brown and Steve Wilson, contemporary art collectors and preservationists who are committed to bringing works of art to the public through innovative exhibitions and programs that integrate contemporary art into daily life. These goals, coupled with their desire to participate in the revitalization of downtown Louisville led them to open 21c Louisville in 2006. With the success of the Louisville property came opportunities for growth. In addition to 21c Cincinnati and the flagship property in Louisville, 21c operates in Bentonville, AR and plans have been announced for properties in Durham, NC and Lexington, KY. Each 21c is unique in its site-specific art installations, architecture, design and restaurant. With a commitment to bringing works of art to the public that ignite the mind and fuel creativity, the museum exhibition space is integrated seamlessly throughout each property. There are opportunities to discover art around every corner of 21c: in the restaurant and bar, on the in-room Video Art Channel, in elevator lobbies, hallways, and even the public restrooms.  21c Museum presents a range of arts programming curated by Chief Curator and Director of Art Programming Alice Gray Stites, including thought-provoking solo and group exhibitions that reflect the global nature of art today, site-specific, commissioned installations as well as a variety of cultural programming. The museum is open free of charge to the public 24 hours a day and 7 days a week. 21c museum has presented more than 75 exhibitions including Hybridity: The New Frontier; OFFSPRING: New Generations; Blue: Matter, Mood and Melancholy; Alter Ego: A Decade of Work by Anthony Goicolea; Ann Hamilton: Bookweights; Consuming Cultures: A Global View; Cuba Now; Simen Johan: Until the Kingdom Comes; Creating Identity: Portraits Today; and All’s Fair in Art and War: Envisioning Conflict.