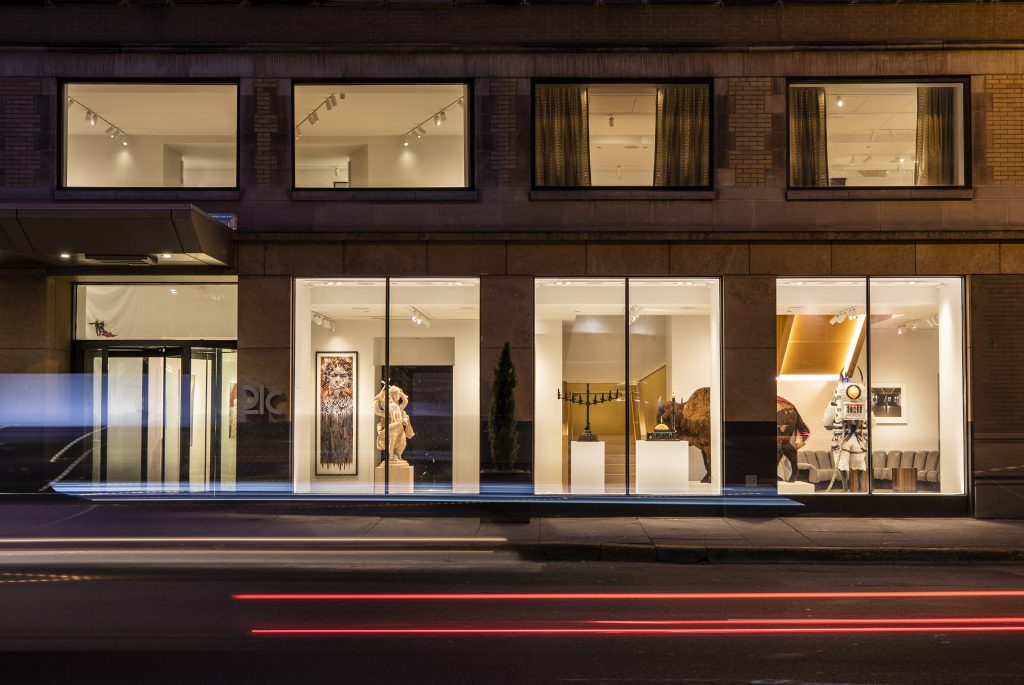 21c Chicago was honored to spend some time with Cindy Dampier of the Chicago Tribune prior to the official opening on February 4th.

“We ask people to question the big things, the pillars of society,” says Adia Sykes, directing her gaze around an art-filled, white-walled space with floor-to-ceiling windows that face the expressway-bound traffic of Ontario Street, just west of Michigan Avenue.

“When you walk in, it’s kind of a spectacle,” Sykes adds. “You’re met with heavy, timely things. But it’s also super awesome.”