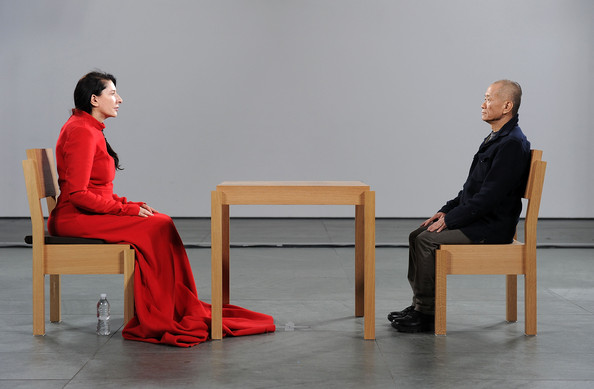 21c Museum and Flyover Film Festival present
Marina Abramović: The Artist is Present
and Q & A with Marina Abramović & filmmaker Jeff Dupre
TUES 05.29.2012 | Doors open at 6pm, film begins at 6:30pm
at the Kentucky Center for the Performing Arts

About the film
The feature-length documentary film Marina Abromović : The Artist is Present takes us inside Marina’s world, following her as she prepares for what may be the most important moment of her life: a major retrospective of her work, taking place at the Museum of Modern Art in New York. To be given a retrospective at one of the world’s premiere museum is, for any living artists, the most exhilarating sort of milestone. For Marina, it is far more: it is the chance to finally silence the question she has been hearing over and over again for four decades: “But why is this art?”

Seductive, fearless, and outrageous, Marina Abramović has been redefining what art is for nearly forty years. Using her own body as a vehicle, pushing herself beyond her physical and mental limits—and at times risking her life in the process—she creates performance that challenge, shock, and move us. Through her and with her, boundaries are crossed, consciousness expanded, and art as we know it is reborn. She is, quite simply, one of the most compelling artists of our time.