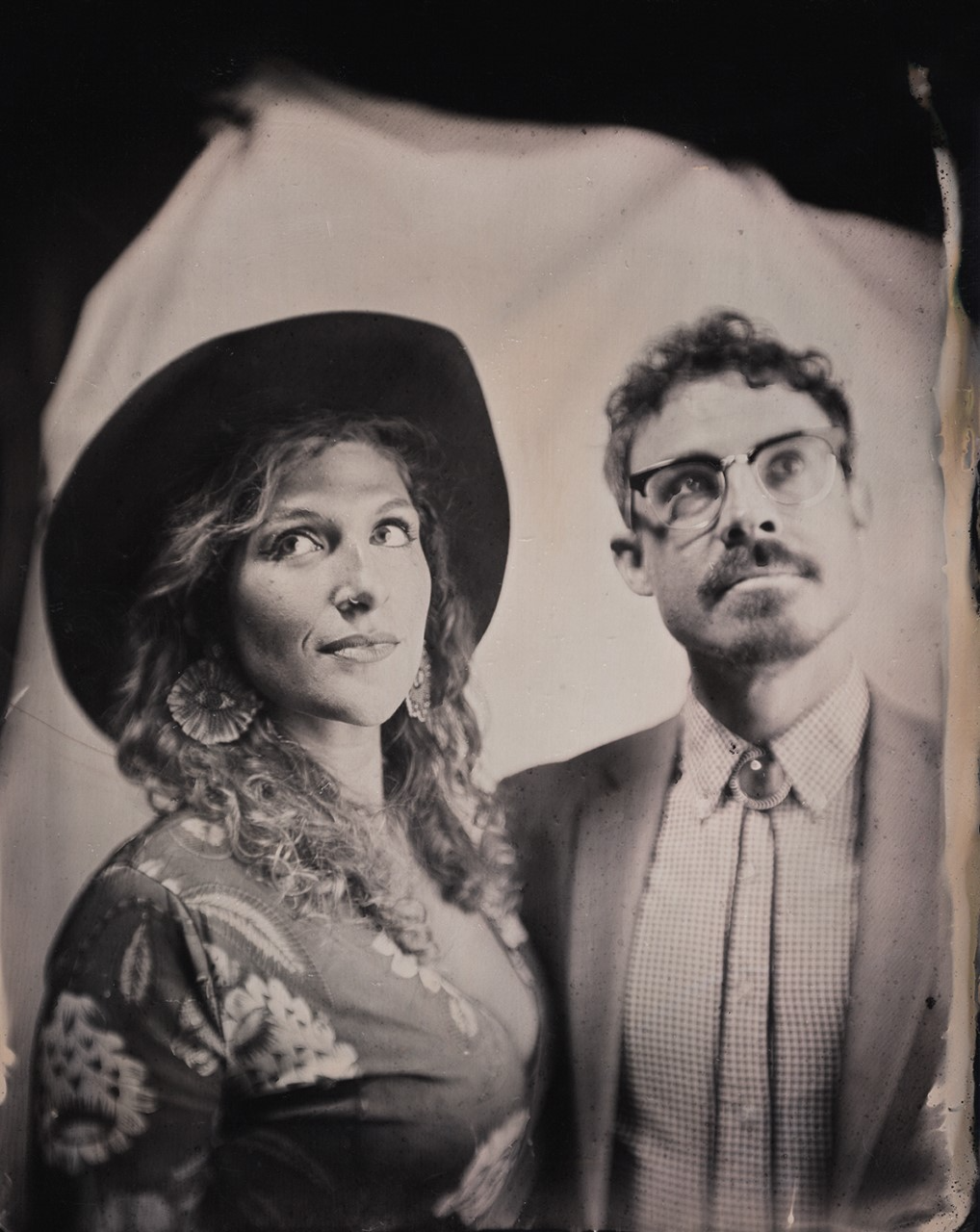 Make a night of it and view six Louisville Photo Biennial exhibitions in one evening, within one block. On October 28th from 5-9pm 21c Museum Hotel Louisville, KMAC Museum, and Moremen Gallery will all be hosting concurrent receptions for you to enjoy a range of lens-based artworks. River City Tintype will offer portrait sessions at 21c.

21c Louisville presents the exhibition What Lies Beneath, which features recent photo-based works by Vinhay Keo, Nate Lewis, Mohau Modisakeng, Stephanie Syjuco, Hank Willis Thomas, and Cosmo Whyte that reveal intersections between identity, migration, trauma, and memory, bearing witness to past and present. Also on view at 21c, Truth or Dare: A Reality Show features artworks in a variety of media, including lens-based works, that emphasize the importance of questioning both knowledge and belief by utilizing illusion to entice, entertain, and explore the terrain between fact and fiction, presence and absence, reality and imagination. 21c Chief Curator Alice Gray Stites will introduce the exhibitions at 6:30 pm.

Throughout the evening at 21c, artist Rudy Salgado of River City Tintype will make unique portraits on metal using the 19th-century process of tintype. Also known as wet plate collodion photography, tintype involves coating a metal plate with light-sensitive chemistry to create an image. Join us at 21c Louisville to view the process from start to finish, and book your portrait session here.

KMAC Museum presents the exhibition Before It Falls Apart: Kiah Celeste, which includes a new series of photographic self-portraits that trace chance encounters with the materials and processes Celeste uses for her sculptures. The exhibition Spectrum: Myra Greene features Green’s work that uses the nineteenth-century photographic method of ambrotype to confront the role photography played in the politicization of the Black body in American culture.

At Moremen Gallery, the photographs in American Nocturne: Zed Saeed look at the America of the here and now. In the tradition of Edward Hopper and George Ault, who captured the particular loneliness of the nocturnal American urban life, Zed Saeed uses a large-format camera and extends this heritage to the current moment. Also on view, Alice Zilberberg: Meditations, includes the artist’s digital paintings of landscapes and wildlife that exude a dreamlike quality, indicative of our precarious relationship with the world we inhabit, the ways we define nature, and the ways nature defines us.

About KMAC Museum
KMAC Museum is a contemporary art museum located in historic downtown Louisville on Museum Row. KMAC Museum’s goal is to educate and inspire while promoting a better understanding of art through exhibitions, education, and collections. The museum explores the relationship between art and craft by identifying art as the big idea and craft as the intersection between process, materials, and labor. The museum connects people to art and creative practice.

About Moremen Gallery
Moremen Gallery, a contemporary art gallery, is located in downtown Louisville, next to Proof on Main and across from KMAC. The gallery’s focus is a continually evolving selection of contemporary art by emerging and mid-career artists. “We showcase work that deserves more than a passing glance, work that is provocative yet approachable, timeless, pleases the eye and lives in harmony in its place.”

About River City Tintype
Since 2018, Rudy Salgado has operated a tintype studio in his 19th-century live/work building in the Smoketown neighborhood of Louisville. Following in the footsteps of great Louisville tintype artists like Sallie E. Garrity–who operated her portrait studio in the 1880s –Rudy hosts portrait sessions and travels to events to make handmade, heirloom-quality photographs on metal and glass.