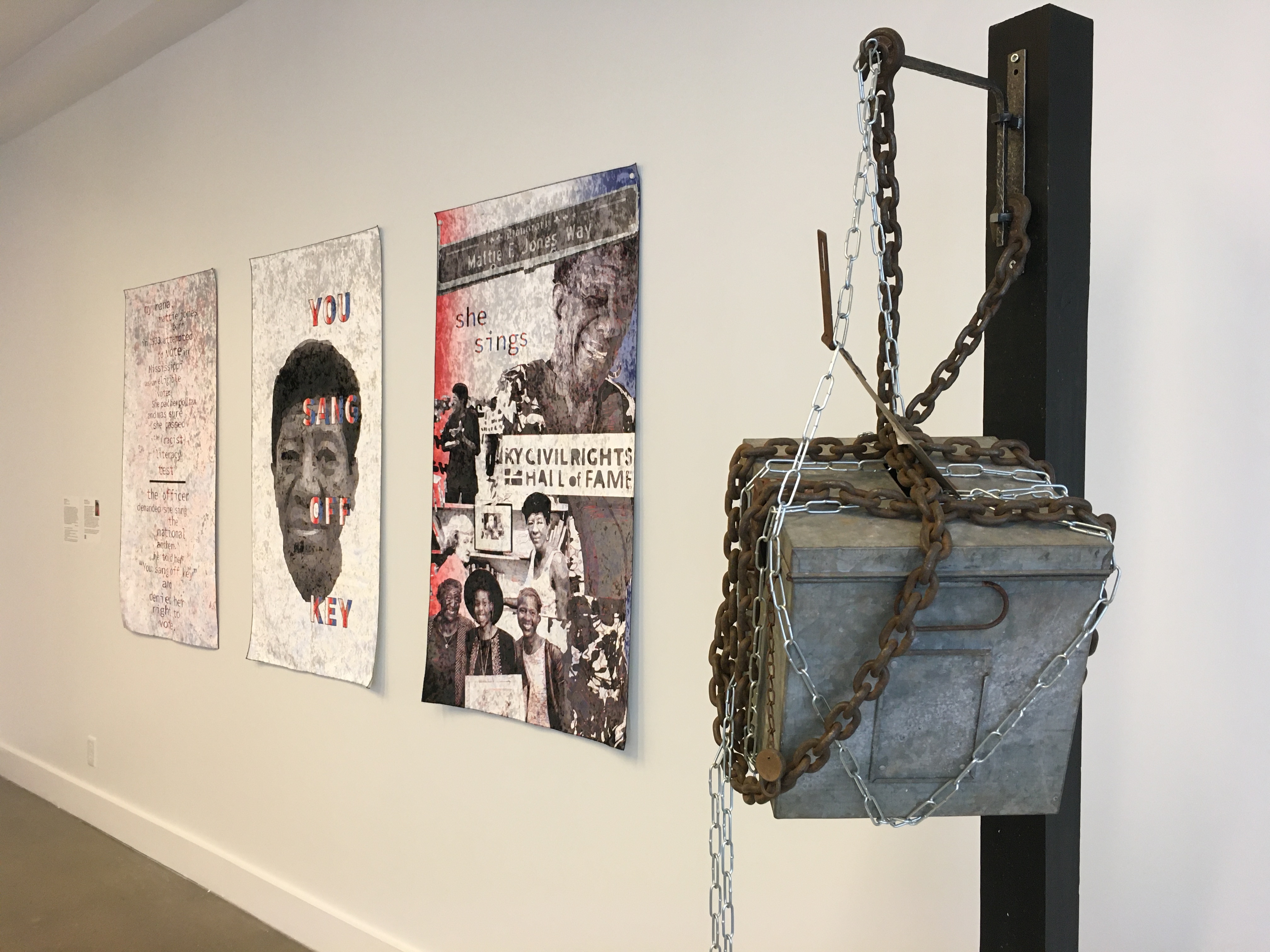 Please join us for Beyond the Ballot Box, a conversation about how to stay involved with the political process beyond voting—and the roles art and culture can play in creating positive social change. Panelists include: Kentucky State Representative Charles Booker, Dayzaughn Graves, Daniel Martin Moore, and Jaylin Monet Stewart.

> To receive the zoom link, please register by January 26 HERE.

State Representative Charles Booker grew up in the West End of Louisville, and embodies the struggles facing working people across the country. As a diabetic who has had to ration insulin because of the skyrocketing cost of prescription drugs, a Black man who was tear-gassed protesting police violence, and someone who lived part of his life homeless, Rep. Booker has personal experience with many of the deep, systemic crises facing our nation.

After Charles’ statewide experience as a Director for the Kentucky Department of Fish and Wildlife, using his personal story to connect with folks throughout the Commonwealth, and after seeing teachers, public employees, and miners standing up for themselves, he knew the moment was right to build a coalition from the “Hood to the Holler”.  As Founder and President of Hood to the Holler, Rep. Booker is building this new organization to focus on the common bonds so many Kentuckians share and will help regular folks understand the power they have to transform our future.

Charles Booker broke barriers in the Kentucky Legislature and passed bipartisan legislation to make healthcare more accessible across the Commonwealth. Charles has an extensive background in government and public service, working at every level and often as a policy advisor. He is widely considered an expert on policy responses to generational poverty and is hailed as a rising star in the Democratic Party.

Dayzaughn Graves is a digital storyteller. She uses her art to spread awareness of political issues while being a black mother in current society. Currently, she is attending Eastern Kentucky University to obtain a degree in Public Administration. Dayzaughn believes that without diverse representation, there will continue to be injustices that cause harm to black and brown bodies. For the future, she hopes to create art that both engages the mind and creates a megaphone for the voices of the unheard.

Daniel Martin Moore is a musician, songwriter, and producer from Hardin County, KY.  Since 2008 he has released 9 albums and contributed to many more by artists all over the world.  His latest project, the album “Pine Mountain Sessions”, brought together 44 musicians & writers from across the Commonwealth to benefit Kentucky Natural Lands Trust and the Pine Mountain Settlement School.

At the age of twenty-four, Jaylin Stewart is  the founder of a non-profit, an educator, a community role model recognized with awards and accolades, and a prolific artist. Her work ranges from painting, murals, mixed media, chalk, to installation and performance, through which she examines the effects of gun violence, drugs, wealth disparity, and capitalist greed. In 2020, she has garnered attention for her sidewalk chalk murals of healthcare workers during the COVID-19 pandemic, and recently completed a chalk mural at KMAC Museum. Stewart’s most recent Installation featured a projection on Louisville Metro Hall featuring a painting entitled “Say Her Name, See Her Face (Justice for Breonna Taylor).” In August of 2019, her installation  GOD REST AMERICA converted the white-walled garage space at Sheherazade into a growing memorial, modeled after the kind of street-side memorials often created by community members at sites of violence. Stewart provides free art education to thousands of disadvantaged youth through her non-profit Adah School of Art.

This FREE on-line event is co-hosted by Louisville Visual Art and 21c Museum Hotel Louisville in conjunction with BallotBox – An LVA exhibit for Metro Hall curated by Skylar Smith that is on view at 21c Louisville through February 28.