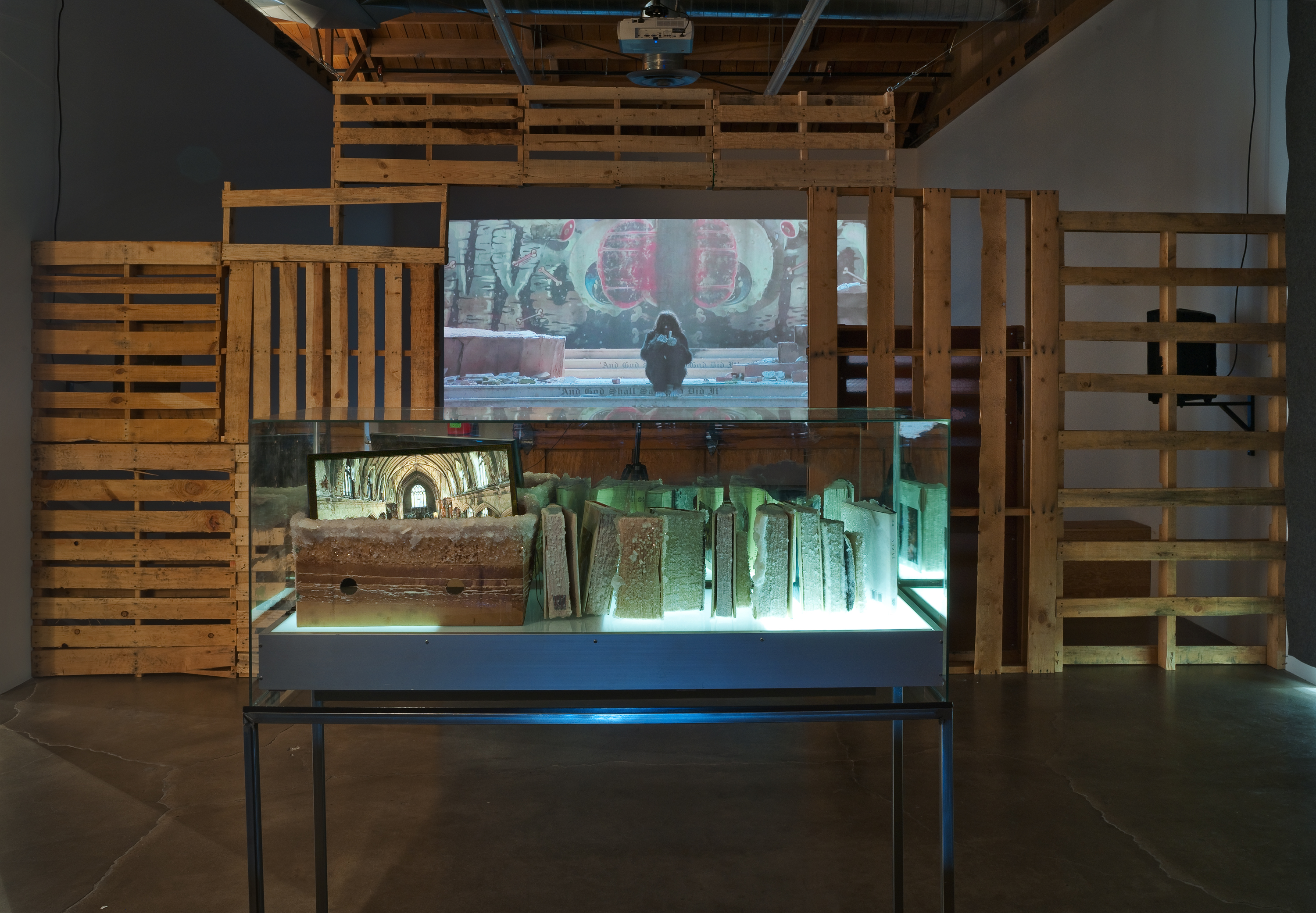 On October 27, 21c Louisville will welcome artist Edgar Arceneaux to speak about his work in conjunction with a screening of Art in the Twenty-First Century. Season 8 of this series features sixteen artists, from four cities—Chicago, Los Angeles, Mexico City, and Vancouver—revealing how they each engage the culture around them and how art allows viewers to see the world in new ways.

21c Louisville will screen the Los Angeles episode, which features Edgar Arceneaux, along with artists Diana Thater, Liz Larner, and Tala Madani. Following the screening, Arceneaux will speak about his work and answer questions. Edgar Arceneaux investigates historical patterns through drawings, installations, and multimedia events, such as Until, Until, Until, the reenactment of Ben Vereen’s tragically misunderstood blackface performance at Ronald Reagan’s 1981 Inaugural Gala.

This event is produced in collaboration with ART21, a nonprofit global leader in art education, producing preeminent films on today’s leading visual artists and education programs that inspire creativity worldwide. We are also grateful to Kentucky College of Art and Design for supporting Edgar Arceneaux’s visit.

Edgar Arceneaux was born in 1972 in Los Angeles, California, USA. In Arceneaux’s work, linear logic is abandoned in favor of wordplay and visual associations, revealing how language, technology, and systems of ordering produce reality as much as describe them. Seemingly disparate elements—such as science fiction, civil rights era speeches, techno music, and the crumbling architecture of Detroit—find a new synchronicity in the artist’s hands, ultimately pointing to larger historical forces such as the rise of the surveillance state.

Arceneaux’s installations have taken the form of labyrinths, libraries, multi-channel videos, and drawn landscapes that change over the course of an exhibition, only ever offering a partial view of the whole at any given moment. This fragmentation extends to the artist’s use of historical research in his work, such as FBI documents concerning civil rights leader Martin Luther King, Jr., where redacted passages are presented on mirrors that reflect the viewer’s curious gaze.

About the Art in the Twenty-First Century series on PBS

The first and only nationally broadcast public television series to focus exclusively on contemporary visual art and artists, Art in the Twenty-First Century introduces audiences to a diverse range of established and emerging artists working today, and to the art they are producing now. A biennial event for television, ART21 produces four one-hour episodes each season. Art in the Twenty-First Century premieres nationwide on PBS in the United States and is distributed internationally.

Through in-depth profiles and interviews, the four-part series reveals the inspiration, vision, and techniques behind the creative works of some of today’s most accomplished contemporary artists. ART21 travels across the country and abroad to film contemporary artists, from painters and photographers to installation and video artists, in their own spaces and in their own words. The result is a unique opportunity to experience first-hand the complex artistic process—from inception to finished product—behind today’s most thought-provoking art. Season Eight marks a shift in the award-winning series. For the first time in the show’s history, the episodes are not organized around an artistic theme such as Fantasy or Fiction. Instead the 16 featured artists are grouped according to the cities where they live and work, revealing unique and powerful relationships—artistic and otherwise—to place.

ART21 is a celebrated global leader in presenting thought-provoking and sophisticated content about contemporary art, and the go-to place to learn firsthand from the artists of our time. A nonprofit organization, ART21’s mission is to inspire a more creative world through the works and words of contemporary artists. ART21 provides unparalleled access to the artist’s voice to diverse audiences around the world, using the power of digital media to introduce millions of people to contemporary art and artists. For nearly two decades, ART21 has changed the paradigm for teaching and learning about the creative process. In addition to its Peabody Award-winning PBS television series Art in the Twenty-First Century, ART21 produces the online film series New York Close Up and Exclusive; special artist projects including the Peabody Award-winning feature William Kentridge: Anything Is Possible; educational resources and professional development; an online publication featuring guest contributors; and a comprehensive website at art21.org. ART21 also produces a number of public programs annually that connect audiences to artists and the artistic process.