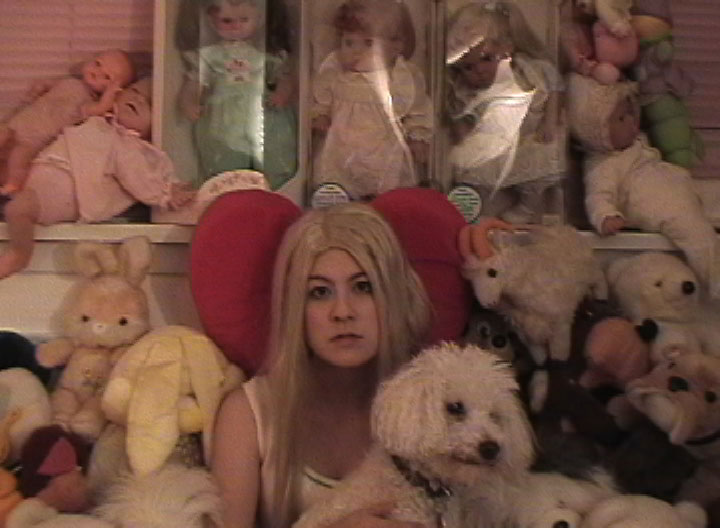 As part of 21c’s ongoing commitment to working with the local arts community to provide cultural programming that is free and open to the public, 21c Lexington invites you to our new monthly film series in partnership with the Lexington Film League. This month’s event features a selection of films. Local filmmaker Nick Warner will speak following the screenings.

Derek Lamb, Housemoving (1968); 16mm, b/w, sound, 8 minutes.
A stop­ motion documentary about moving an old Massachusetts farm house from Arlington to Belmont. The house is sawn in half, trucked to its new location, and reassembled.

Ben Russell, Terra Incognita (2002); 16mm, color, sound, 10 minutes.
“A pinhole film, a cheap robot voice, a makeshift history. An explorer’s tale of the unknown part of the world. Terra Incognita is a lensless film whose cloudy pinhole images create a memory of history. Ancient and modern explorer texts of Easter Island are garbled together by a computer narrator, resulting in a forever repeating narrative of discovery, colonialism, loss and departure.” ­Ben Russell

Joshua Gen Solondz, luna e santur (2016); video, color, sound, 3 minutes.
“A short 3Dish film commissioned by Ben Coonley for the ‘My First 3D Part 2’ show at Microscope Gallery in 2015. I soon expanded this into a larger project of hooded figures, violent passion, and stroboscopic tenderness brought on by a paranormal encounter I had in the summer of 2015.” ­Joshua Gen Solondz

Alison S.M. Kobayashi, From Alex to Alex (2006); video, color, sound, 6 minutes.
“In the fall of 2003 I found a letter on the Winston Churchill Blvd QEW overpass. It was labeled From: Alex To: Alex. This is a film based on the contents of that letter.” ­Alison S.M. Kobayashi

Jessica Bardsley & Penny Lane, The Commoners (2009); video, color, sound, 13 minutes.
“In 1890, one man had the idea to collect every bird ever mentioned in Shakespeare and release them into Central Park. The only bird to survive in the New World was the European Starling, now one of the commonest birds in America. Its introduction is widely considered a major environmental disaster. The Commoners is a moving image essay about starlings, poetry, and the purist rhetoric used to describe ‘invasive species.’ It is also about the paths people forge through history, intentionally or not, as they attempt to change the natural world.” ­Jessica Bardsley & Penny Lane