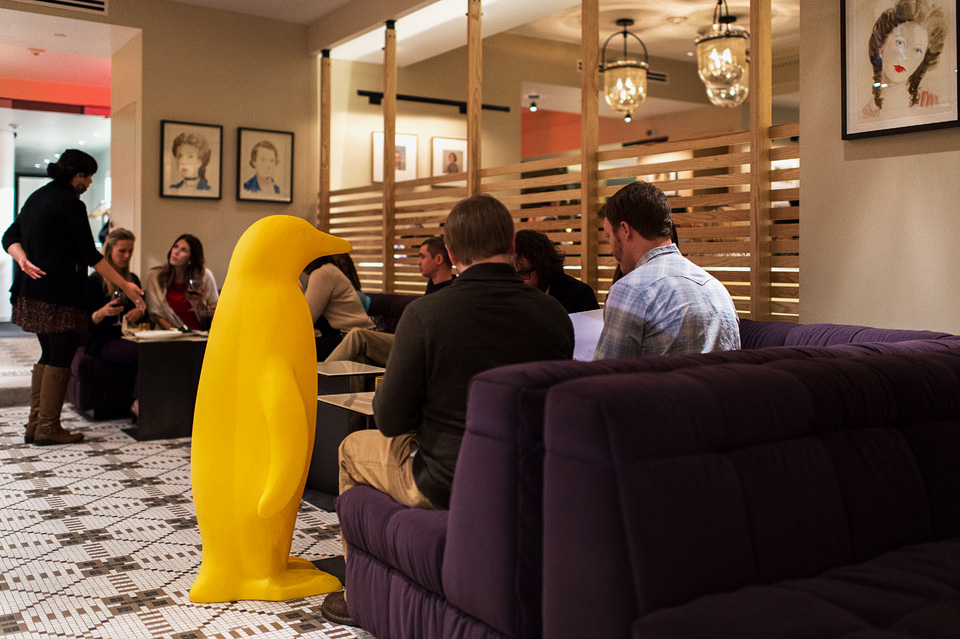 The Yellow Penguin embodies the spirit of 21c: on the color spectrum, the wavelength of yellow is one of the longest, reaching out to welcome guests and visitors. Also associated with images of the sun, the Yellow penguin represents the dawning of a new day, as 21c’s expansion began when the Cincinnati location opened in November 2012.