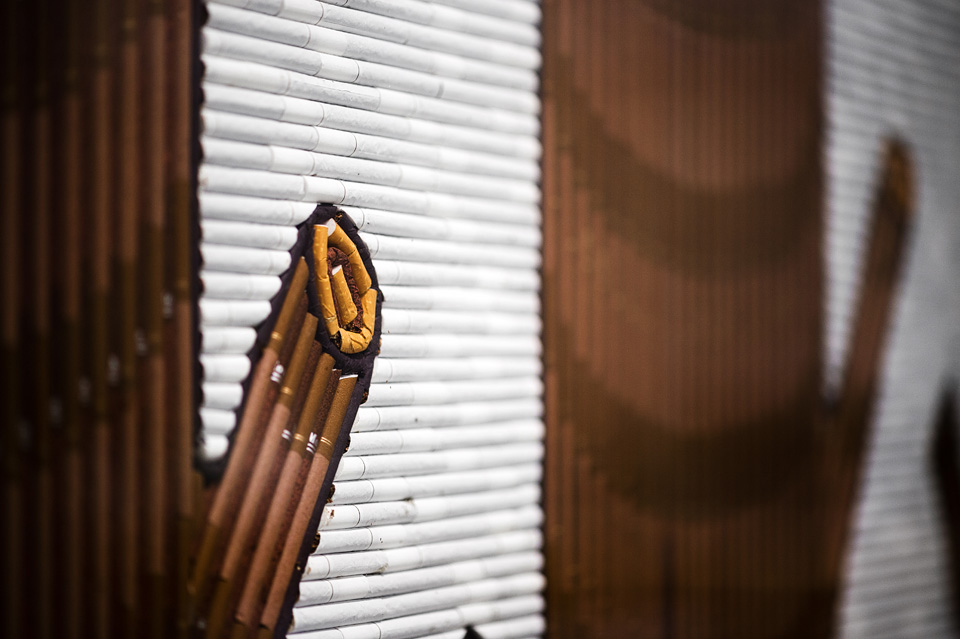 Duke Riley (American), It Will Warm You Twice, 2015. Cigarettes on wood panels.

The cigarettes and mini cigars Riley utilized to create this large-scale mosaic references the ubiquitous role that tobacco has played in the development and history of Durham, North Carolina, as well as the decline of its influence.

Early 18th century explorers to Durham called the area “the flower of the Carolinas.”  The English colonists who first settled the area began to clear and work the very fertile land, most notably transforming the territory into the tobacco farms for which Durham would become famous.  Riley’s piece, commissioned especially for 21C Museum Hotels new home in the Hill building, makes note of that shift in landscape from virgin forest to tobacco farms, and to the current cycle of reinvention, as the shell of the Durham tobacco industry is repurposed as a multi-use cultural center.