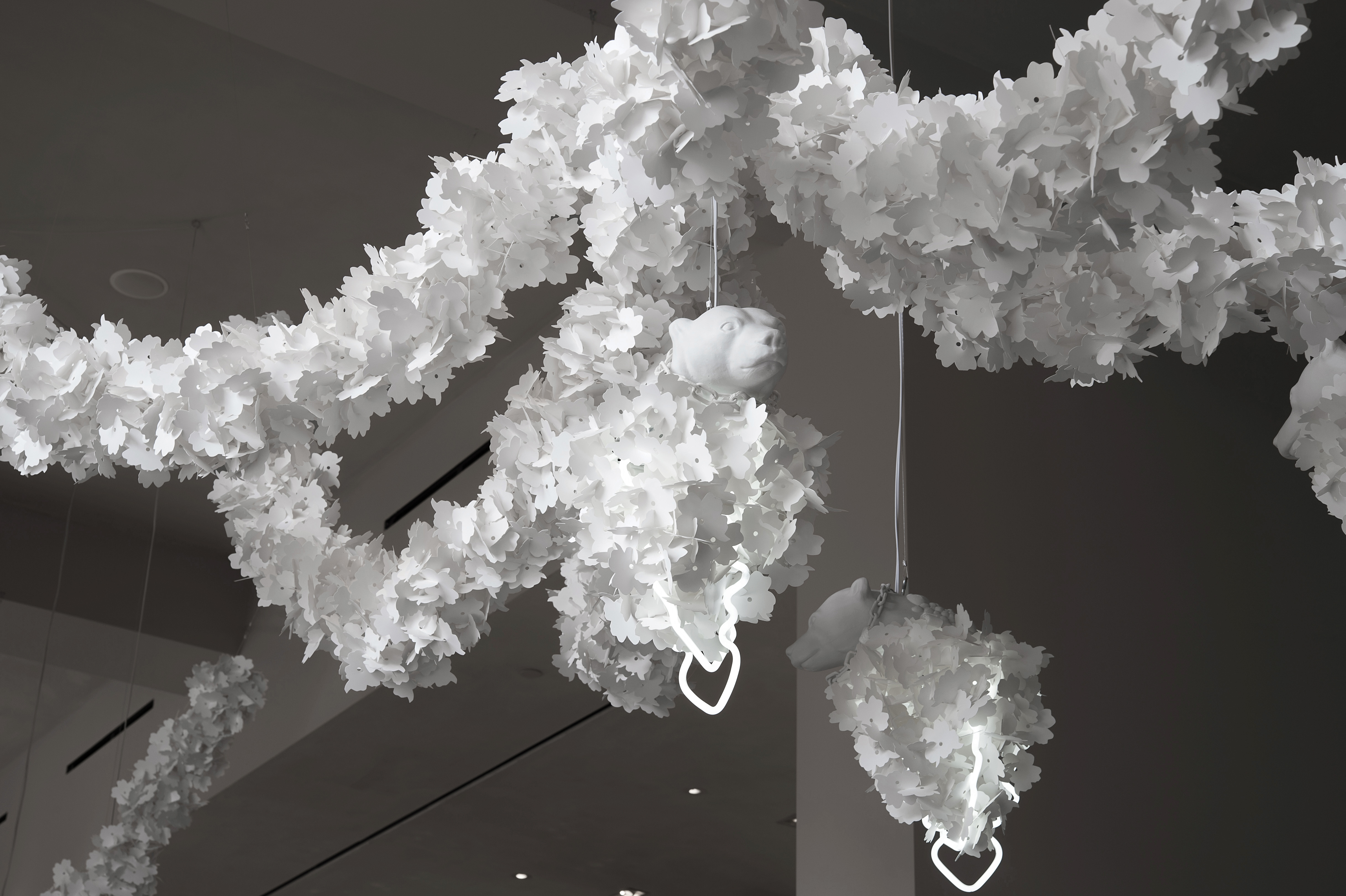 Cincinnati- based artists Katie Parker and Guy Michael Davis, known as FUTURE RETRIEVAL have created eighteen chandeliers, grouped in six clusters, for the lounge at Counting House. White porcelain busts of bear heads are adorned with porcelain collars; Yupo paper bunting cut into floral forms envelope the bear heads and link the chandeliers together and to the ceiling, transforming a portion of Counting House into a space of fantasy, where elements of nature, technology, and imagination are at play.

“The whiteness of the porcelain bear heads and cut paper, combined with the white light of the neon are inspired by our fascination with Meissen porcelain,” say the artists, “specifically, with the large-scale animals sculpted by Johann Joachim Kaendler , which were commissioned by Augustus the Strong in the 1730s for his porcelain menagerie in Dresden, Germany. The die cut paper references German cut-paper silhouettes; used in multiples to create the body of the bears, as well as large-scale bunting that connects these elements throughout the space. The bunting also replicates the porcelain Snow Ball sculpted by Kaendler for Meissen; Kaendler’ interest in making ordinary objects more luxurious is echoed in the transformation of forms and imagery in White Light, Bear. The bear head itself was created by scanning and  enlarging a five-inch figurine of a honey bear crafted in the art deco style, which was the dominant aesthetic in the 1930s, when the Hill building was designed, and which is now being transformed into 21c Durham.”