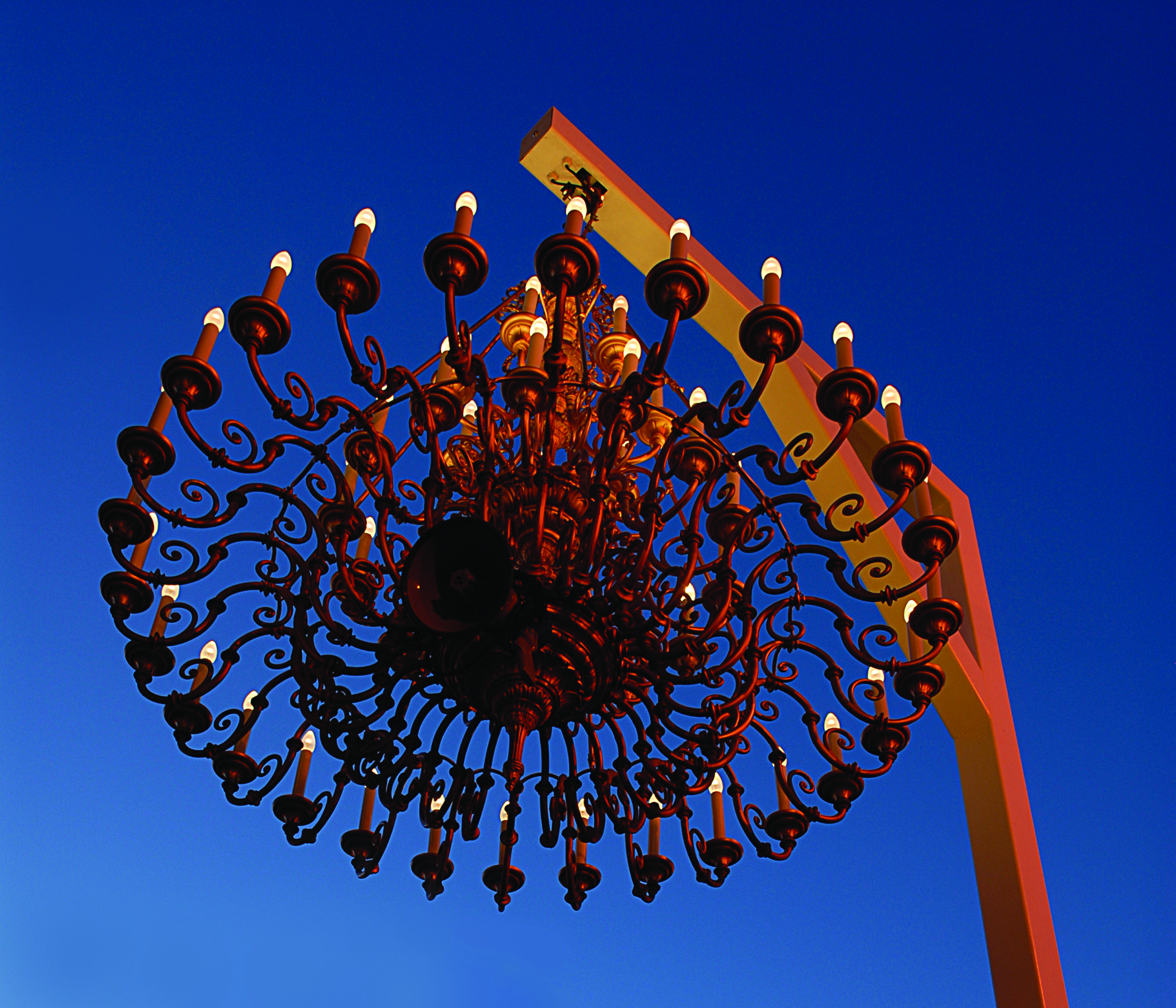 As part of 21c’s mission to integrate contemporary art into daily life, thought-provoking works are installed both indoors and out. Adjacent to the Walnut street entrance is Austrian artist Werner Reiterer’s enormous, ornate, brass chandelier, which illuminates and animates the surrounding streetscape. Hanging from the straight right angle of its clean, white scaffold, Reiterer’s sculptural confection recalls the chandeliers that adorned old-world ballrooms hundreds of years ago—now installed on a 21st century streetcorner, disrupting expectations of what belongs where, and to whom, an interior treasure transformed into public monument. Reiterer’s chandelier engages viewers inside as well: when visitors press a bell in the reception lobby, the sculpture’s audio component is activated, and the sound of breathing—distinctively human breathing—emanates from the chandelier’s speakers. A light sensor on the chandelier determines the auditory quality of the breathing: during the day, the sound is that of air inhaled; at night, breath being released, and the chandelier’s lights flicker on and off. A conceptual, multi-media artist based in Vienna whose works have been featured in museums and galleries in the US, Europe, and Asia, Reiterer’s interactive work celebrates the complex, uncanny, and ever intriguing dynamic between human and artistic presence.