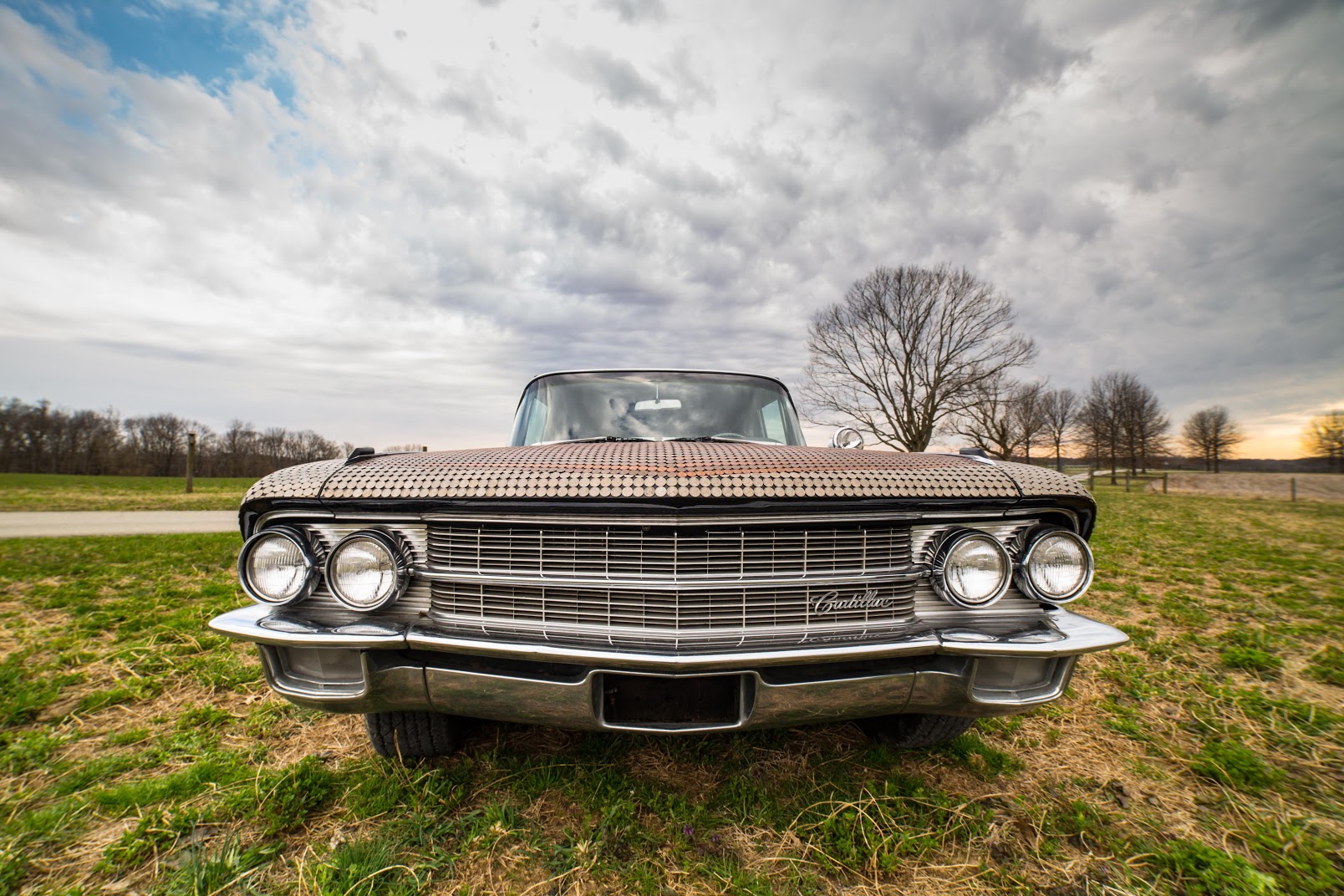 This Fleetwood Cadillac limousine covered with thousands of nickels, dimes and pennies was built in 1962, the same year that the Walmart company was founded in Bentonville, Arkansas. The inspiration for the coin motif comes from the original Walton Five and Dime, still located on the Bentonville town square. During the mid to late 20th Century, General Motors designed these limos as a marketing tool to sell more luxury Cadillac sedans. Although the limousine business did not prove to be profitable for the company, photographs of celebrities such as JFK, Queen Elizabeth, and Marilyn Monroe stepping out of a Cadillac limousine were very valuable to GM.

Because Walmart influences pricing on a national scale, the company saves every household $952 annually—the same dollar amount represented by the coins on this limousine. The silver and brass coins are affixed in a decorative design on the body of the car; on the hood, the pattern features the 21c logo and a bar code pattern, referencing the contemporary technology that makes today’s global commerce possible.