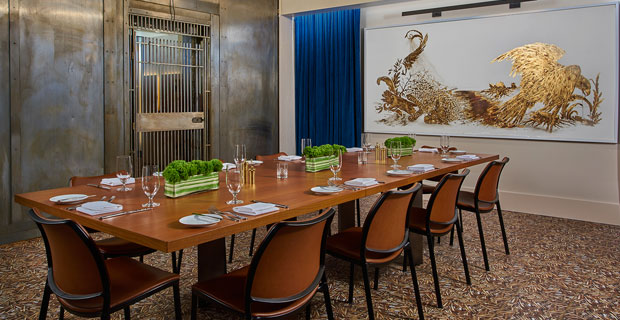 Lyons and Wilson’s contemporary ceramic tile installations reference aspects of cultural antiquity while addressing current social, economic, and political issues. Featuring images of bullet casings, BRASS is one of several works in the Unswept Floors series, an investigation of current material culture reflecting back on an ancient Roman home decorating trend of commissioning mosaics of images of fallen food scraps from extravagant dinner parties.  This practice began with the importation of exotic foods, continued with the means to serve them to a large number of guests, and then moved further on with the commissioning of artwork depicting the detritus of these feasts.  The Greek artist Heraclitus is credited with the 2nd century BC “Unswept Floor” mosaic at the Vatican Museums that was recovered from a villa on the Aventine Hill outside Rome. And, in direct homage, various foods create floor, wall, and ceiling porcelain tile installations, utilizing the modern process of sublimation (a combination of heat and pressure) to embed photographic images into tile.

As a review of the first Unswept Floor notes, the work “converses with art history, making a direct reference to the Roman tradition of creating floor mosaics to capture an image of the detritus of a hedonistic bacchanal. Lyons and Wilson produce their tiles through a sublimation process that makes the image part of the material product.” Installed in what was once a bank vault, BRASS invites today’s diners to contemplate past and present, life and death, in imagery that delights and disturbs.