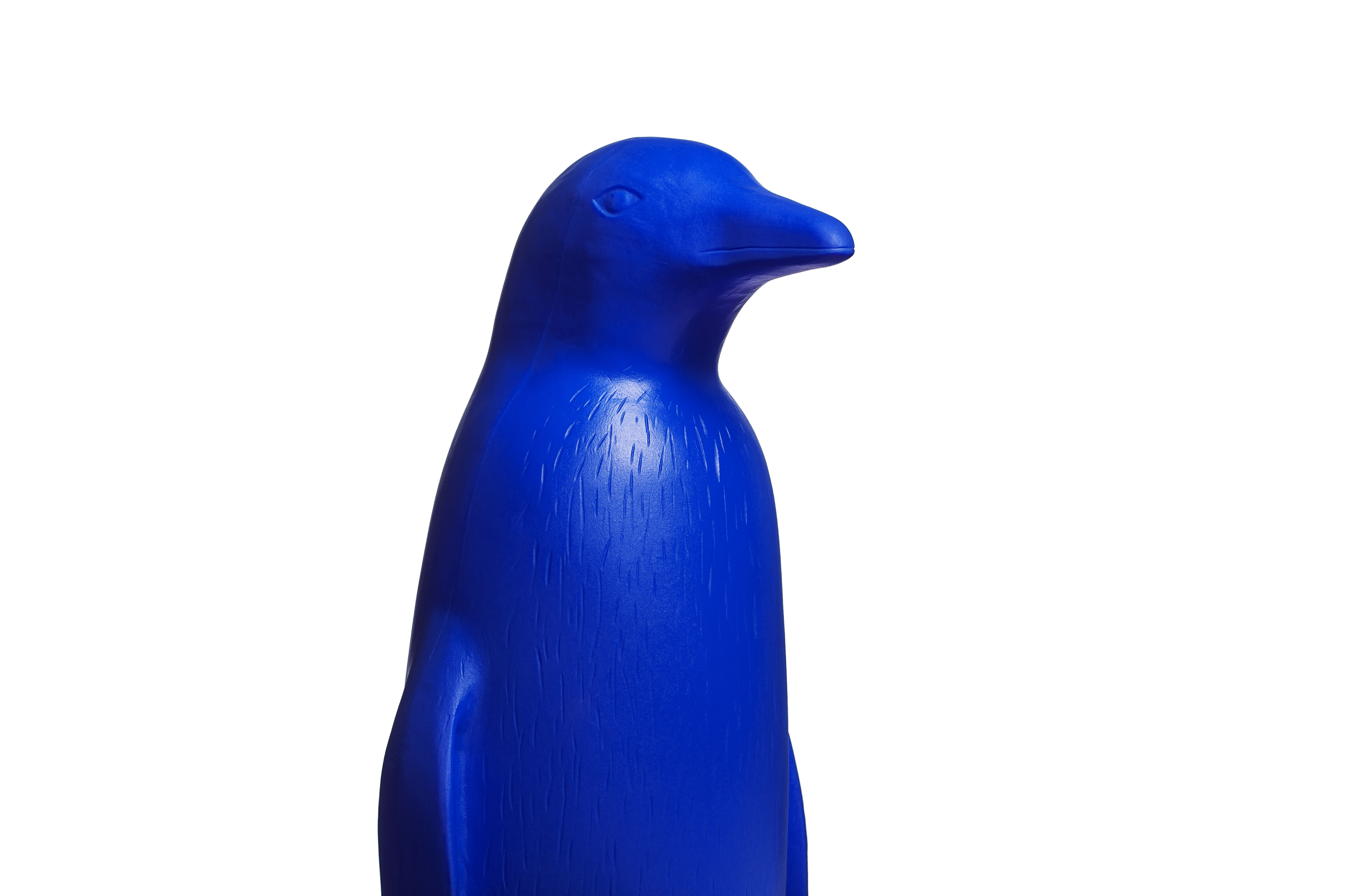 Lexington, Kentucky is home to the state’s flagship university, whose mascot is the true blue Kentucky Wildcat.. Since 21c announced that the Blue Penguin was coming to town in 2016, sports and art fans alike have offered a warm welcome.

“The group has chosen to express itself in atypical fashion through irony. After all, is learning not best accomplished when it is fun?”
Manifesto for the Third Millennium