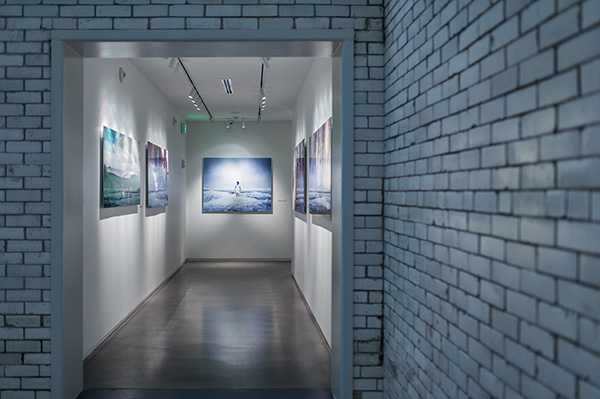 In conjunction with the inaugural season of Cincinnati’s new Mini Microcinema, founder Jacqueline Wood will host a presentation by Chicago-based artist Christy LeMaster at 21c Cincinnati. The Mini Microcinema project was founded with the support of a People’s Liberty grant. Chicago Loves Cincinnati is part of LeMaster’s Chicago Loves… series designed to help build connections between small regional art spaces and the Windy City. Previous host cities include Detroit, Pittsburgh, St. Louis, and Iowa City. At 21c Cincinnati, LeMaster will discuss her own microcinema in Chicago, The Nightingale, followed by a screening of films by Chicago filmmakers. The event also acts as an open call for Cincinnati-based filmmakers who are encouraged to submit work on DVD’s, flash drives, etc. to The Nightingale for review. LeMaster’s multi-platform project explores alternative modes of art film distribution, IRL (“in real life”) social connectivity, and is part of splitbeam.org, a website designed to create a national directory of microcinemas.

In addition, a two-night screening of LeMaster’s program, The New [New] Corpse, will be shown at The Mini Microcinema in Over the Rhine on August 21-22, 2015. This program features six moving image works that subvert the traditional mode of watching bodies in narrative action, or as objects of sexual desire, or as merely characters. Rather these works use the body as conceptual site, performative metaphor, or abstracted modular component. This screening was originally presented as part of Chicago gallery SECTOR 2337’s inaugural exhibition The New [New] Corpse in December 2014.

Works presented will include films by the following artists and filmmakers: Marianna Milhorat; Jesse Malmed; Ben Balcom; Jennifer Reeder; and Kevin B. Lee.