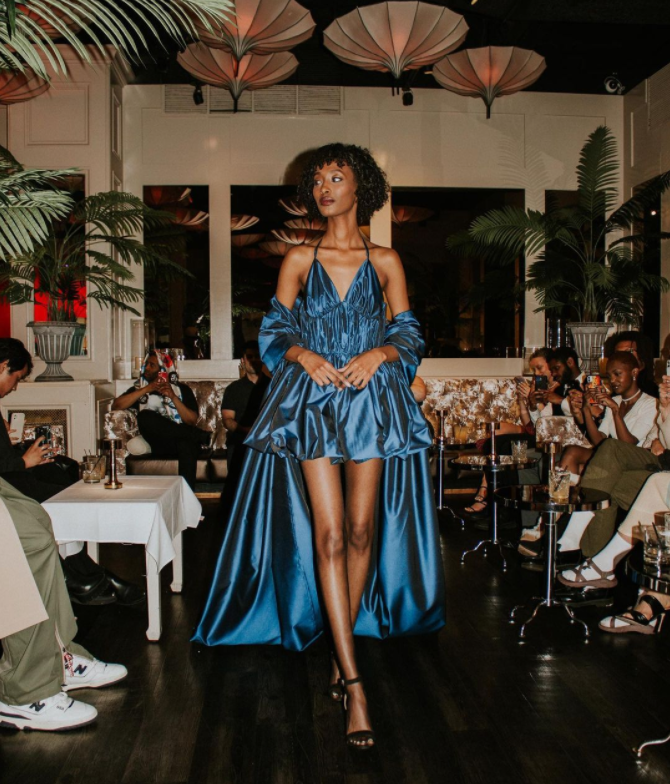 21c Presents “The Art of Fashion”: Fashion’s Night Out celebrating 8 local Chicago fashion designers, in benefit of Center on Halsted.

This event will be entry by donation, with 100% of the proceeds benefitting the Center on Halsted, Chicago’s LGBTQ+ Community Center.

**At 6:30PM there will be a special appearance of Blue Alice, performed by 21c’s first Artist in Residence, Irene Hsiao.

21c Museum Hotel Chicago, one of the newest hotels in heart of downtown Chicago, offers travelers a one-of-a-kind experience that blurs the line between contemporary art museum and boutique hotel. Boasting 297 beautifully appointed rooms, including 106 suites, the hotel is located at 55 East Ontario Street. 21c Museum Hotel Chicago joins eight other renowned 21c Hotel locations across the country to form North America’s only multi-venue museum dedicated to collecting and exhibiting the art of the 21st century. 21c Museum Hotel has over 10,000 square feet of gallery space to exhibit the work of notable contemporary artists. The current exhibition on view, Pop Stars! Popular Culture and Contemporary Art is a multi-media exhibition that illuminates the intersection of celebrity, commerce, technology and the media. Pop Stars! features over 90 works of art by 55 artists from around the world.

About Center on Halsted

Center on Halsted is the Midwest’s most comprehensive community center dedicated to advancing community and securing the health and well-being of the Lesbian, Gay, Bisexual, Transgender and Queer (LGBTQ) people of Chicagoland. More than 1,000 community members visit the Center every day, located in the heart of Chicago’s Lakeview Neighborhood.

Barker opened his New York studio in 1996. He served 17 seasons as photographer and judge on the hit TV show, America’s Next Top Model, which airs in over 140 countries, and hosted Oxygen Network’s modeling competition series, The Face, starring alongside Naomi Campbell. Barker also created the VH1 Reality show The Shot. His latest hit show, Top Photographer, premiered to rave reviews and a second season is in the works. Barker’s presence in the fashion and entertainment industry has resulted in an array of exciting projects including the creation of a furniture line, skateboard collection, three fragrances and many more innovative projects. Barker has directed and produced films, documentaries and commercials for Hollywood clients and international charitable organizations. He was awarded the “Film Heals” Award for Humanitarianism at the 6th Annual Manhattan Film Festival for Dreams Are Not Forgotten. Using the power of photography and motion pictures, Barker has been able to spread his humanitarian message to vast audiences through films, PSAs and traveling exhibitions.