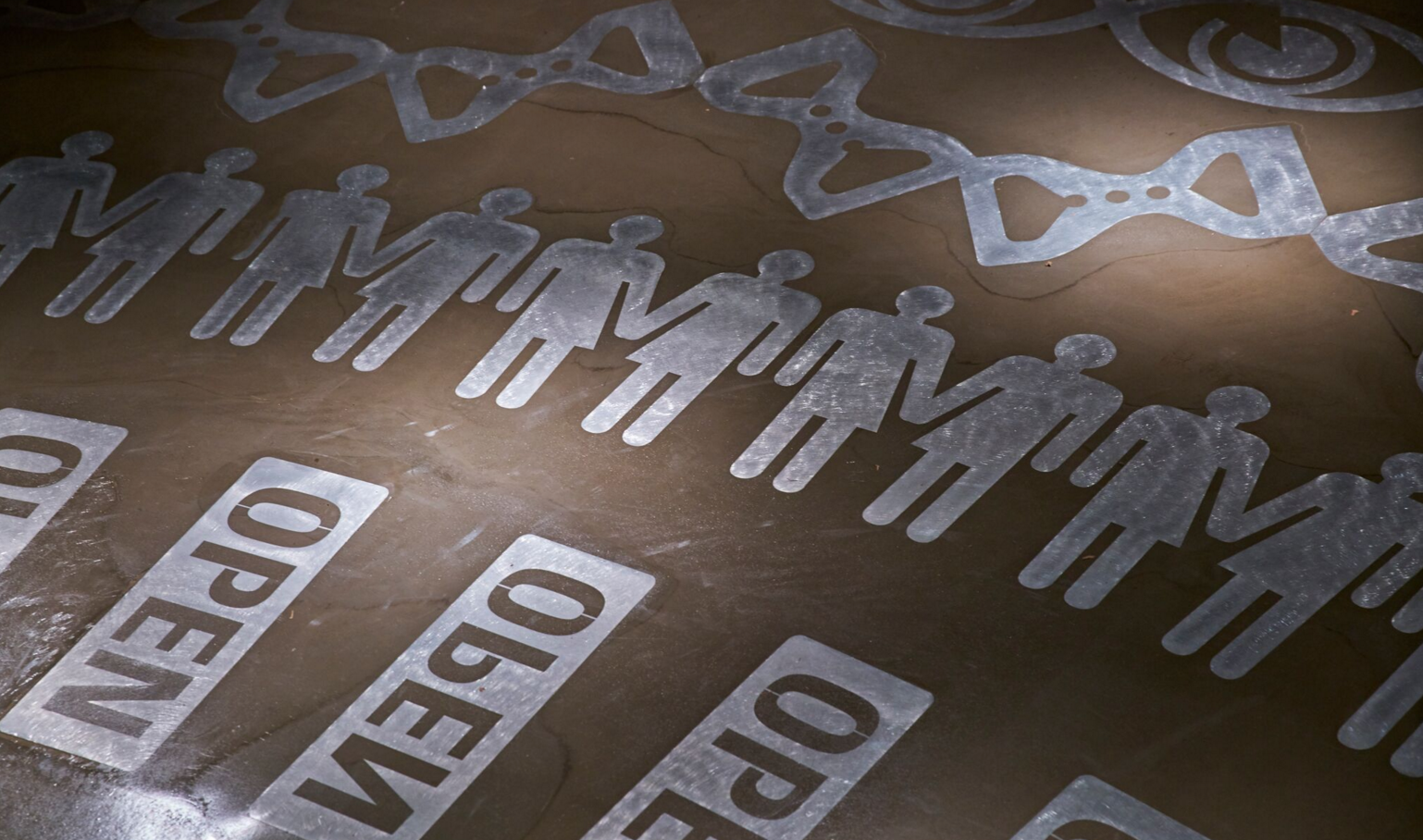 Embedded across the ballroom floor at 21c Oklahoma City is Stockholm-based artist Gunilla Klingberg’s Spinning Wheel of Life, a site-specific artwork that engages both the origins of the site and the transformation of the Ford Motor Assembly Plant from an industrial factory into a contemporary, multi-use cultural center. Inspired by this history, Spinning Wheel of Life consists of ubiquitous urban signage and symbols in cut-out metal that are incorporated into the floor and repeated in a kaleidoscopic pattern resembling a cosmological chart and a mandala image.

The outer circle of the pattern starts with an arrow containing the word IN and continues through concentric, rippling circles of symbols through to EXIT, finally arriving at the wheel of a Model T Ford at the center. The movement invoked by the pattern echoes the repetition of the mechanical motions in an assembly line, as well as the hypnotic spinning of automobile wheels. The symbols in the pattern represent several aspects of the building’s history: the flame, a pictogram for “danger,” also references the work that was once done when car parts were assembled here—a process that scarred some the columns throughout the building; the eye, a symbol for surveillance, can also be read as the spiritual symbol of the all-seeing-eye, just as the emblem of a hand may represent alternatively a stop sign, a symbol of fortune, and an open hand of welcome or giving, depending on the direction of the sign.

A multi-media artist, Gunilla Klingberg has worked on location in Europe, the United States, and Asia, creating site-specific installations in museums, galleries, universities, transport centers, and on the beach. Spinning Wheel of Life, which the artist conceives as a responsive embodiment of motion and momentum, is Klingberg’s first permanent commission in the U.S.