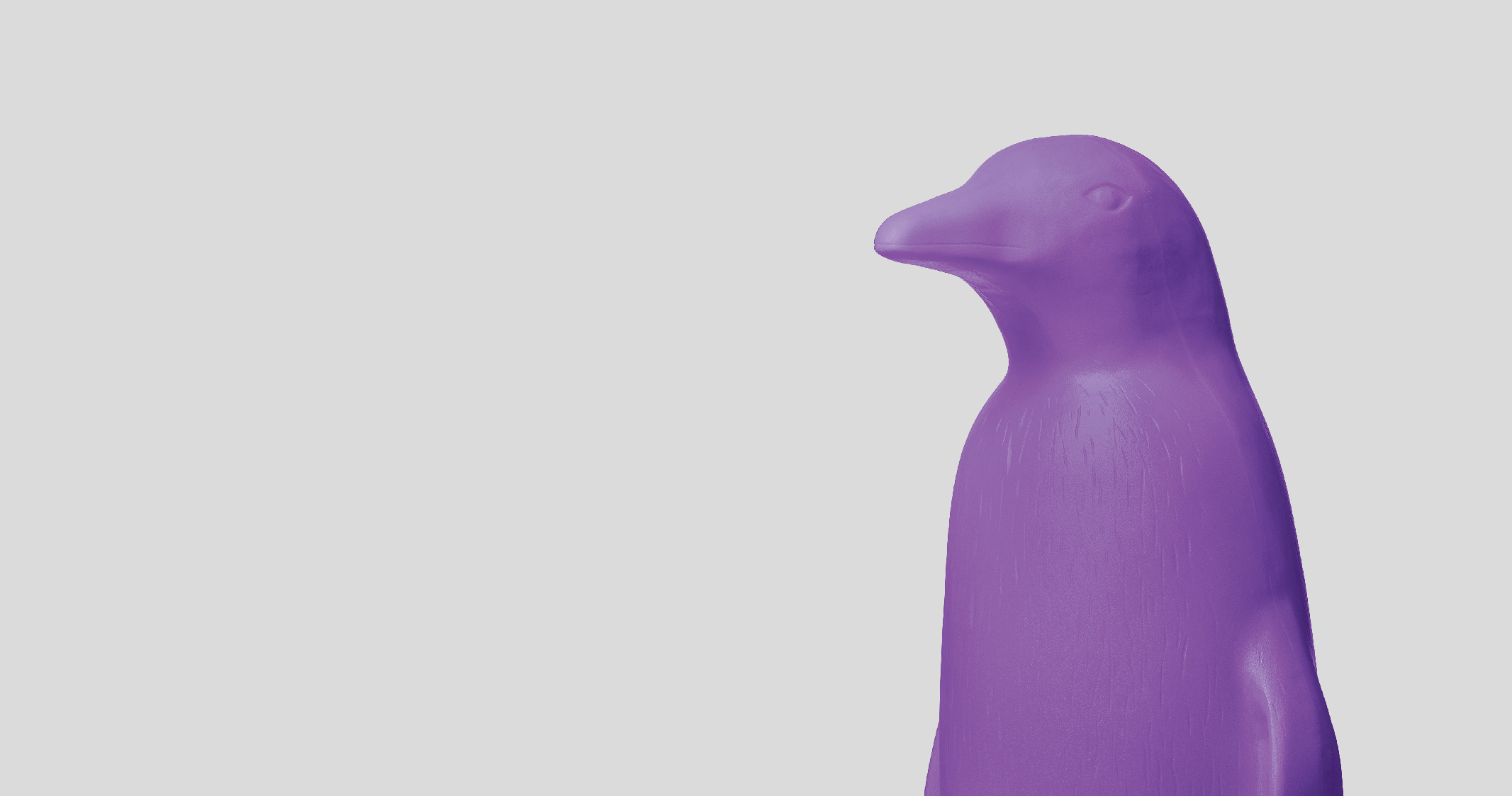 The color of Oklahoma City’s penguin was inspired by 21c’s dedication to innovation and transformation: a dazzling purple. Historically, purple has been associated with royalty, because it is so hard to find in nature–the only organic source is a particular type of snail. But in 1856, a young British chemist named Henry William Perkins accidentally synthesized aniline dyes, creating purple dye. He obtained a patent for manufacturing the dye, and built a highly successful business making his discovery accessible to manufacturers and artists worldwide. Innovative technology is embedded in this site, and today a 21st century vision of progress is transforming this former plant into a multi-use cultural center. The purple penguin is an articulate ambassador for the spirit of discovery, ingenuity, and community 21c strives to nurture in the creative heart of OKC.