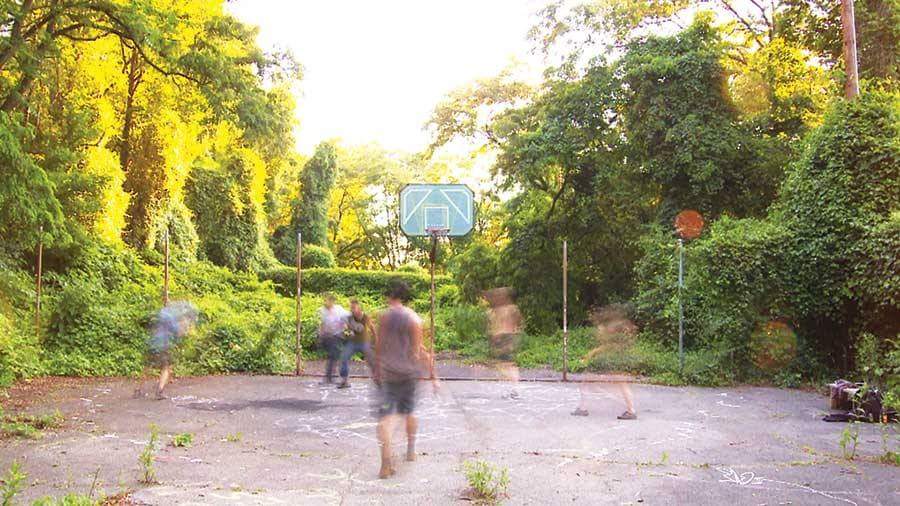 As part of 21c’s ongoing commitment to working with the local arts community to provide cultural programming that is free and open to the public, 21c Lexington invites you to our new monthly film series in partnership with the Lexington Film League. This month’s screening features Brett Kashmere’s film From Deep (2013). From Deep is a feature-length experimental documentary about the game of basketball and its shifting place within 20th century American history and culture; focusing on the evolution of basketball from its indoor New England roots, to a Midwestern small town phenomenon, to an outdoor city game, with particular emphasis on its merger with hip hop in the mid-1980s and the rise of Michael Jordan as the world’s first corporate branded athlete.

Kashmere is a Canadian-born, U.S.-based filmmaker, curator, and writer. Combining traditional research methods with materialist aesthetics and hybrid forms, Kashmere’s experimental documentaries explore the intersection of history and (counter-) memory, geographies of identity, popular culture, and the politics of representation.