21c is known for hosting rotating exhibitions, which travel to and from our sister properties like our current exhibition The Future Is Female, but did you know… each property also features unique site-specific and permanent installations? If you’ve visited our flock in Bentonville, then you’ve probably pretended to shoot a hoop through Alexandre Arrechea’s Orange Tree, or maybe you’ve posed for a pic with Serkan Özkaya’s 30 foot tall David (inspired by Michelangelo) at our flagship property in Louisville. No matter where you visit, if you stay at a 21c, you’ll find something to be curious about at every turn. Wondering about the dollar bills covering the Vault floors or the small figurines that fill our hotel check-in desks? We’re here to share those stories with you! 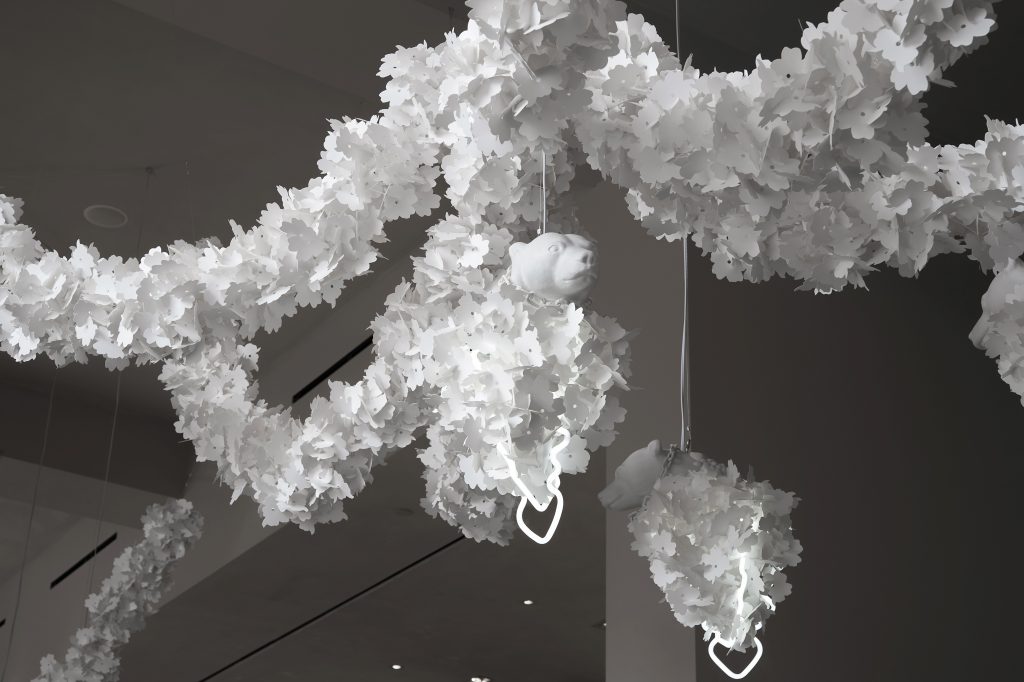 Remember to look up when you are in Counting House’s lounge. You will find yourself standing under eighteen chandeliers, grouped in six clusters with white porcelain busts of bear heads that are adorned with porcelain collars; Yupo paper bunting cut into floral forms envelope the bear heads. Cincinnati- based artists Katie Parker and Guy Michael Davis, known as FUTURE RETRIEVAL have transformed a portion of Counting House into a space of fantasy, where elements of nature, technology, and imagination are at play. 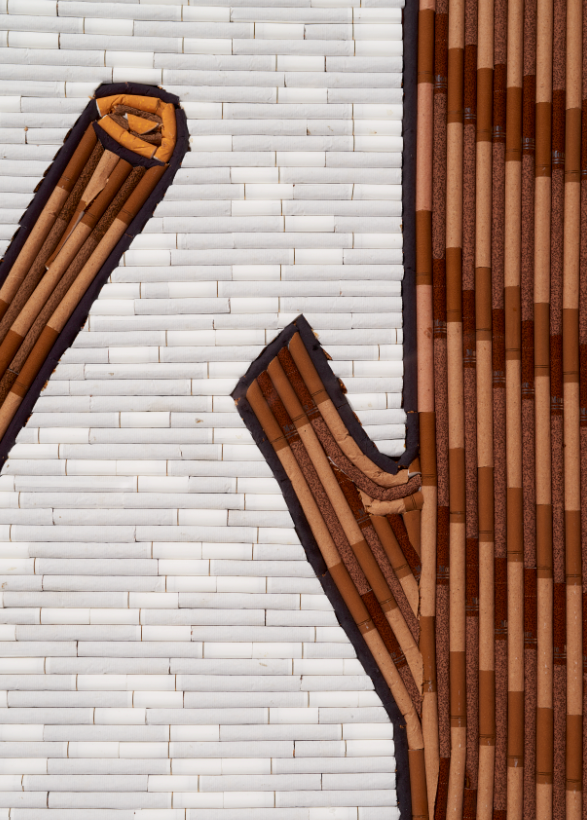 Turn around from the bar in Counting House and find yourself facing Duke Riley’s large-scale mosaic made out of cigarettes and mini cigars. Riley’s It will Warm You Twice references the ubiquitous role that tobacco has played in the development and history of Durham, North Carolina, as well as the decline of its influence.

Early 18th-century explorers to Durham called the area “the flower of the Carolinas.”  The English colonists who first settled the area began to clear and work the very fertile land, most notably transforming the territory into the tobacco farms for which Durham would become famous.  Riley’s piece, commissioned especially for 21c Museum Hotels home in the Hill building, makes note of that shift in landscape from virgin forest to tobacco farms, and to the current cycle of reinvention. 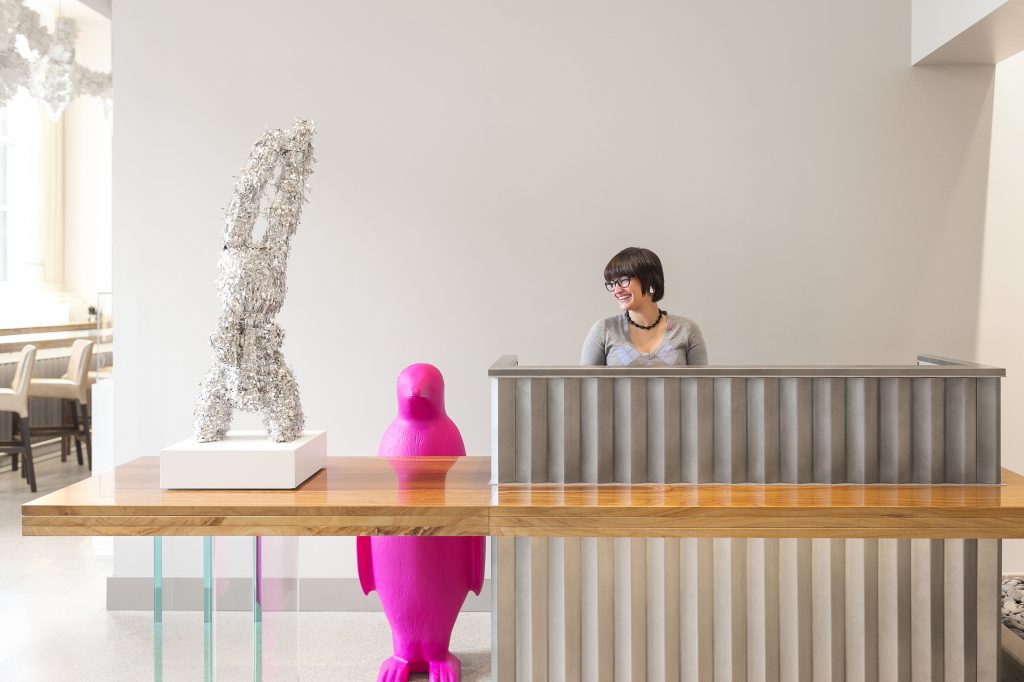 If you’ve stayed at a 21c, then you know about our penguins – it’s kind of our thing. Our owners Steve Wilson and Laura Lee stumbled upon these plastic penguins at the Venice Biennale in 2005 when they were installed across the city in conjunction with the celebrated international exhibition of contemporary art. They brought the red flock home, where they were included in the inaugural exhibition at 21c Louisville, Hybridity. Guests and visitors fell in love with the Red Penguins, prompting 21c to keep them on permanent view and to commission new penguins in a spectrum of colors for all 21c locations.

Sculpted from recycled plastic, the almost 4 ft-tall animal, made by Cracking Art, serves as a playful reminder of the importance of sustainability and environmental conservation. Our penguin, the Fuchsia Penguin is named after a flower that is both rare and vibrant, much like the city of Durham, where creativity and inspiration is evident everywhere.

When you check-in and gaze down at our Front Desk, you will see dozens of miniature female figurines that evoke various cultures—the southern belle, the cloaked Muslim, the ballroom dancer. Claire Shegog presents these on the horizontal surface of the reception table, rather than on the wall, allowing viewers to look down onto and into the fantastical worlds her tiny dancers inhabit. Shegog’s art pays homage to the famous Hollywood musical choreographer and musical director Busby Berkeley. 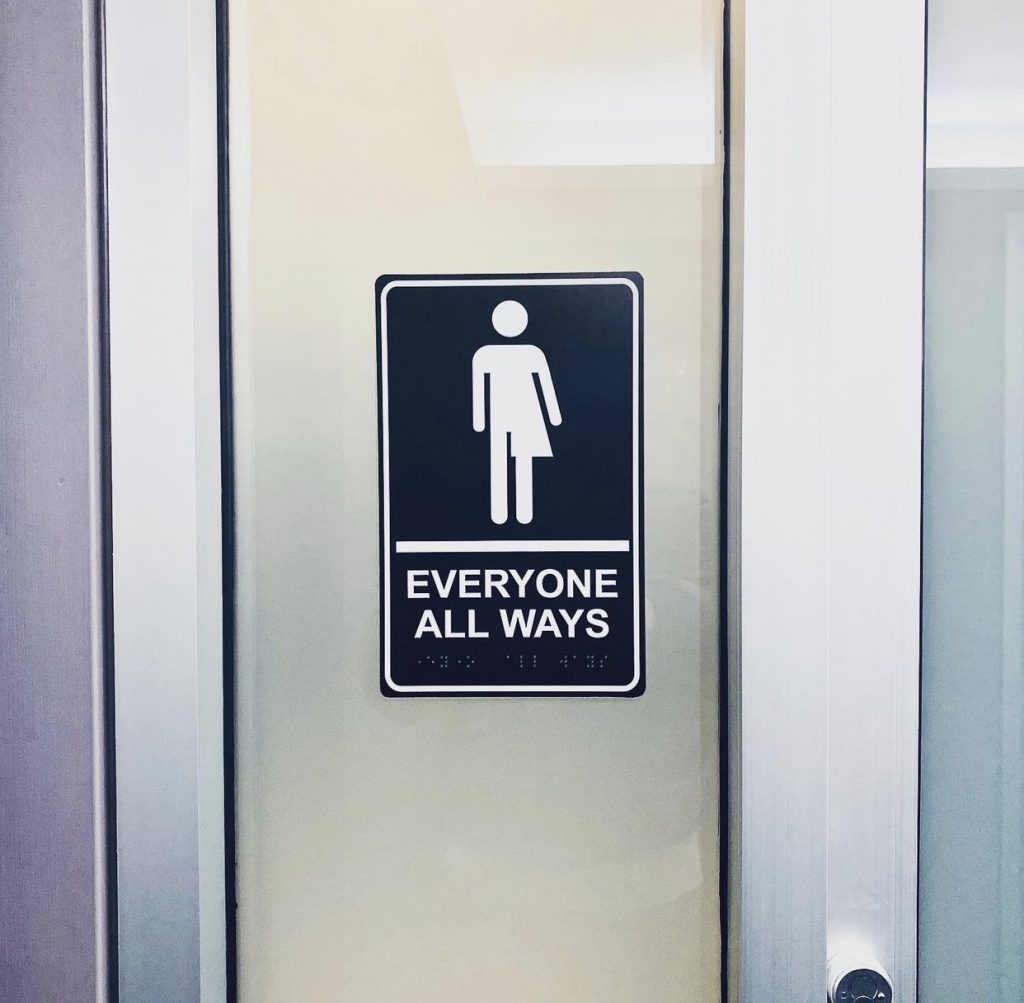 Need to use the restroom? Head to the Mezzanine and remember privacy is just a click away. Our bathroom signs, designed by All is Fair in Love and Wear, declare, “Everyone All Ways.” It is a tactile, permanent, and public confirmation that no matter how you identify, you are one of us: welcome, understood, and safe; “All Ways” always. Collectively showing groups that they belong breaks down walls and builds equality. We improve our behavior beginning with ourselves, and by outwardly displaying our acceptance in resistance of condemnation and violence. Equal rights is a private and public action. No one is a stranger to exclusion–it is the responsibility of all of us to show each other compassion and consideration. Insist, “Everyone All Ways.” Stand in solidarity to create lasting societal change. Lead a cultural shift that defends human rights. 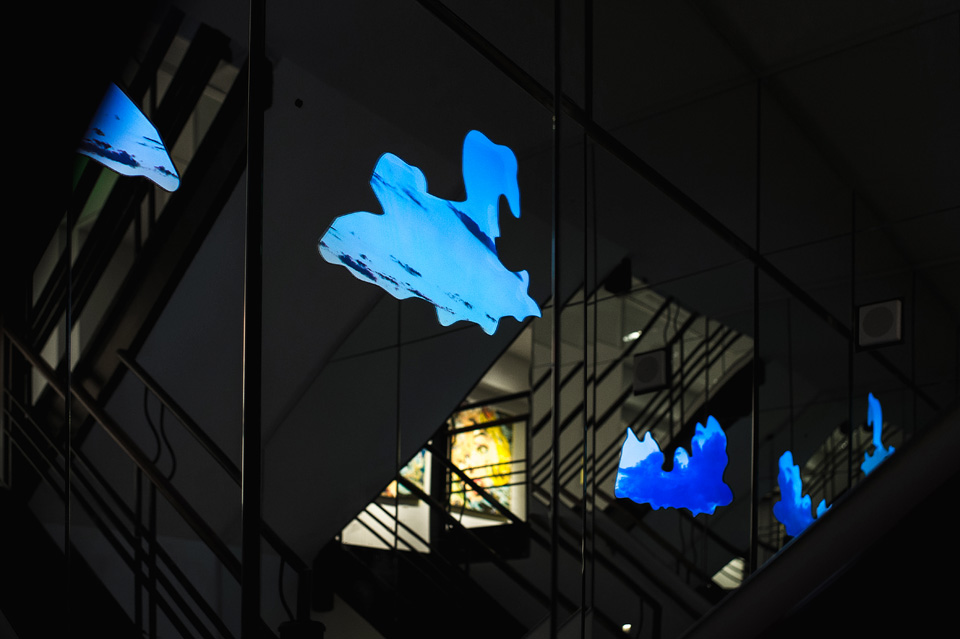 While waiting for the elevators in the second-floor lobby or ascending the stairs from the lower level to the second floor, look around you and you will see images of a vast skyscape in the Western United States floating by on monitors embedded behind mirrors. Andrew Erdos’s Ascendance consists of waterjet cut mirror glass and a panoramic video loop that can be seen in cloud ‘windows’ cut into mirrors. This saturated spectrum of cloud-filled color was photographed by the artist on the Navajo Nation, Arizona, Utah, and New Mexico. Erdos’s installation transports this expansive outdoor world into the building, within a space whose material reflects visitors in the lobby as well as in the dramatic, shifting environment seen moving across the clouds. 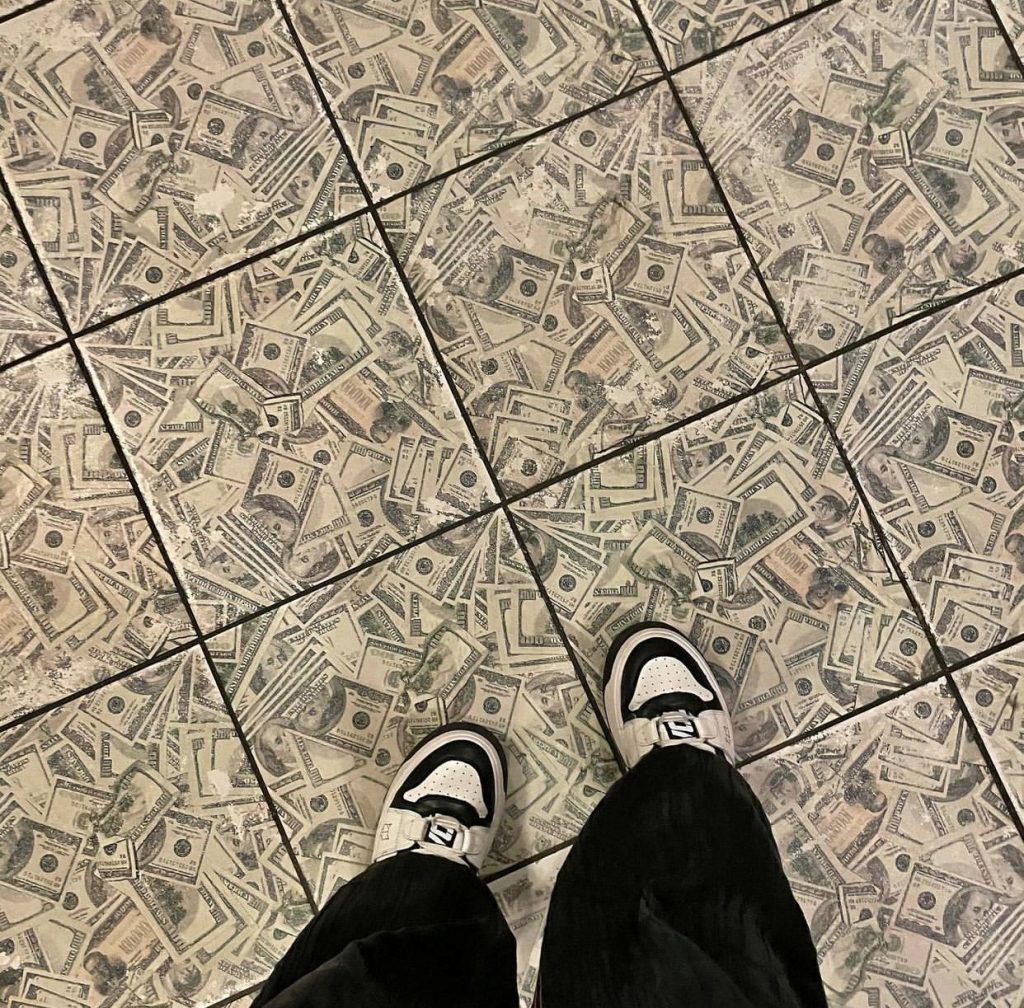 Don’t forget to visit the historic bank vault on the lower level of our building. What’s that you see covering the bank vault floor, but tiles covered in money? “Images of the $100 dollar bill in this work give a false sense of wealth as each bill contains the same serial number, while a singular $100,000 dollar bill—originally in circulation only between big banks—features a reproduction of Woodrow Wilson. Wilson signed the Federal Reserve Act of 1913, the legislation responsible for the current banking system in the US,” explain artists Leslie Lyons and JB Wilson, whose editioned porcelain tiles, BANK (Unswept Floor series), fills a portion of the floor in the lowest level of the 21c Durham building.